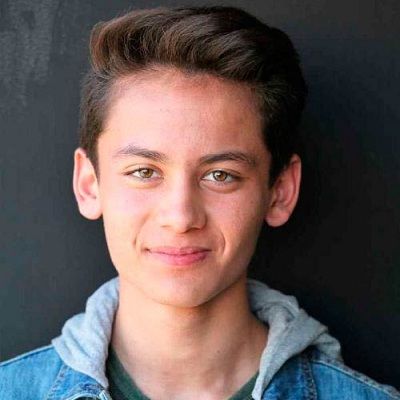 18-year-old actor Tenzing Trainor is unmarried till now. He has kept his personal life private and out of the spotlight. He usually doesn’t talk about his private life in media and public. He prefers people focusing on his work rather than his personal life. He hasn’t mentioned about his affairs publically and has managed to keep it low profile.

He has not clarified about his married life, affair, girlfriend, and spouse till the present time. It seems like he is sharpening his strength and skills to make his all dreams come true rather than being stuck in a relationship. He is currently focusing on his work and it seems like he doesn’t have time for love affairs.

Who is Tenzing Trainor?

Tenzing Trainor is an American teen actor.  He is best known for his first recurring role in 2013 as Parker Rooney on Disney’s Liv & Maddie. He is also famous for his roles in Good Luck Charlie, Disney Game On, and The Lost Medallion- The Adventures of Billy Stone.

Trainor is also known as the grandson of the first Sherpa to reach Everest, Tenzing Norgay Sherpa.

Talking about his early life, Tenzing Trainor was born on September 4, 2001, in Los Angeles, California, USA. Currently, his age is 20. His birth name is Tenzing Norgay Trainor.  There is no information about his parents. He is the grandson of Tenzing Norgay Sherpa. He has two younger siblings brothers named Kalden and Yonden.

Tenzing’s nationality is American and belongs to Nepali ethnicity. He has a black belt in Tae Kwon Do.

His educational background is undisclosed. However, he did say that he went to regular school in an interview at Hype Events.

Tenzing began his acting career when he was 11 years old.  He made his acting debut appearing in an episode of The Jadagrace Show in 2012. The next year, he got his first recurring role in 2013 as Parker Rooney on Disney’s Liv & Maddie. He received positive reviews for his acting. Shortly, he became a popular actor in the industry. In 2012, he made an appearance in Bits and Pieces as Brody.

After that, he had roles in the TV films The Lost Medallion: The Adventures of Billy Stone and Super Buddies in the year 2013. Recently, in 2019, he appeared in the short comedy movie Clueless. He even won an award for his performance in the movie.

Furthermore, he has a black belt in Tae Kwon Do. Tenzing Trainor is interested in watching football. He is a fan of Chelsea FC and Real Madrid C.F.

Trainor won the Bronze Award in 2019 for the category of Best Young Actor for his role in Clueless. So far, it is the only award he has won. However, he is still just 18 and is expected to make more progress and hopefully grab more awards.

Trainor has an estimated net worth of around. However, there is no information about his salary. His primary source of income is acting.

Currently, there are no rumors of him being in any affairs. Also, there are no rumors regarding his professional life. He has a well-profiled character. However, he was pulled into some controversies when he said that he does not like Kanye West in an interview with Cali at Hype Events.

Moving towards his body measurements, Tenzing has a height of 5 feet 7 inches. Moreover, he has a weight of around 62 kg. He has dark brown hair and light brown eyes.

Also know more about the early life, career, net worth, relationships, and controversies of other models, singer, and actress including Ty Panitz, Fox Messitt, Josh Wiggins.