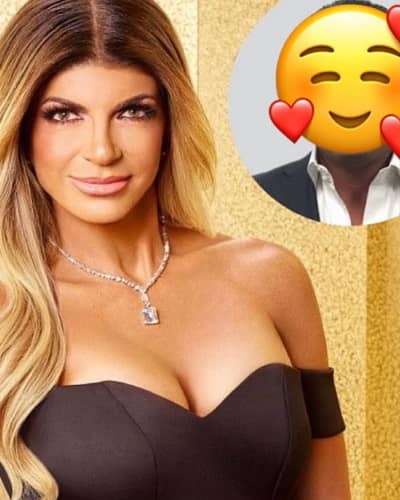 After Teresa Giudice finalized her divorce with husband Joe Giudice, she is dating a new man. Teresa revealed that she is dating businessman Luis “Louie” Ruelas. Luis is a single father of two sons. They were spotted together spending time in a weekend football game.

Giudice also revealed from her Facebook post that she is dating a new guy. She shared a post of her and her man not revealing both their face and captioned it,

“Excited to reveal my new boyfriend,”

Similarly, Teresa posted a picture of her with a small image of her boyfriend whose face is hidden by an emoji and wrote,

“All the details on my new man”

Also read Everything You Need To Know About Larray’s Boyfriend Brady Potter; His Career On Social Media, Personal Life, And Net-worth!

Who is her boyfriend Luis “Louie” Ruelas?

They help companies to grow and make a change in the world. Similarly, he was the CEO of Interactive Marketing Solutions.

“With having over 25 years experience within the digital response marketing industry, I have perfected the ability to effectively increase revenue with whomever I work with while maintaining a strong sense of integrity, an honorable work ethic, and a witty sense of humor.”

He started his first business at the age of 19 in New York at ripe old. Ruelas is also a philanthropist and has raised thousands of dollars for charity programs for children.

He spends time advocating for children with special needs with a particular focus on Autism. His son also has autism as per sources.

Teresa Giudice and Joe Giudice met each other while Teresa was 14 years old. They grew up together in New Jersey and walked down the aisle on 23rd October 1999.

Joe was not always a good husband as he used to bad in an ill way to her. He said some bad words to his wife and said,

In July 2013, both of them were charged with conspiracy to commit mail fraud, wire fraud, bank fraud, and bankruptcy fraud. She was sentenced to 15 months in the Federal Correctional Institution in Danbury, Connecticut but was released only after 11 months in December 2015. Joe moved to Italy in October 2019 to start a new life.

They separated in December 2019. Their divorce was finalized on 2nd September 2020. They have moved on for each other after 20 years of marriage.

Also read Stassie Karanikolaou and Noah Centineo attended various Halloween parties together! Have they made their relationship official?

Teresa is also an author and has penned books including Skinny Italian Cookbooks and Milania Hair Care. Read more bio…

Who is Lisa Thorner? Know about her failed marriage with Damon Wayans, children, net worth, biography
Tags : Actress The Real Housewives of New Jersey