Posted by MarriedBiography Posted on May 6, 2021 | In Affair , Dating , Relationship
Share this 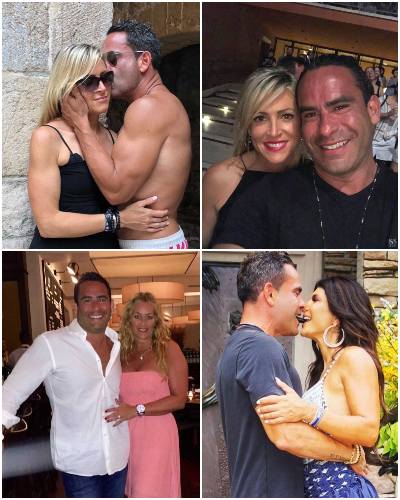 Luis Ruelas has a history of playboy in the past

Luis Ruelas got public attention about a year ago after Teresa Giudice opened up about their relationship. The couple has been head over heels for each other ever since. They also constantly share pictures from their romantic vacations and outings. But recently he is in the headlines for a very different reason. As per the report, he has a messy history with her ex-partners. Here is all you need to know about.

Past relationships of Luis Ruelas

People started knowing Luis after Teresa brought him to the limelight. The couple is happily together and often shares their relationship updates with their fans.

However, Luis has a long history of an ex-girlfriend and an ex-wife. Besides his girlfriend’s list, he previously tied the knot with Marisa DiMartino.

As they were together a while ago, there are very few details about the couple. Despite the split, his ex-wife has only good things to say about Luis.

During an interview, she stated:

“I’m really happy for Teresa and Luis. I’m happy for him. Luis is actually the father of my children, and he’s a really good person. In general, we got married, we were very young and had babies and then it fell apart… We’re very good with each other, and that’s basically it.”

Moreover, she also mentioned that he takes care of their children which is enough for her. On the other hand, he also has a “playboy” past with his girlfriends.

Many of Teresa’s fans are concerned about her and also says her to be cautious due to his past. However, his ex-fiance, Vanessa Reiser, has a very different story to say about him. She said he was very demanding sexually and “punished” her whenever she couldn’t satisfy him.

The former couple dated for two years and Vanessa’s case got settled out of court. Before her, Luis was dating Paula Sanchez for seven years from 2011 to 2018.

Amid the split, she also made similar accusations against Luis. She also mentioned 95% of his complain would be they were not having “enough s*x”.

“If they had sex like four times in one day, there was a complaint.”

After the split, Paul only got to hear from his lawyer. Moreover, there also claims that he was on dating apps after getting with Teresa which he completely denied.

Teresa Giudice is an American reality television star and a fitness competitor. She became popular after appearing on the show The Real Housewives of New Jersey. Teresa is also an author and has penned books including Skinny Italian Cookbooks and Milania Hair Care. See more bio…