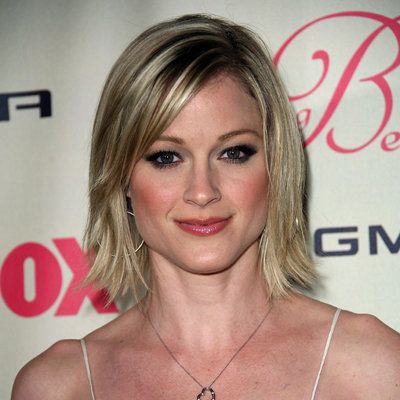 Dance is a very disciplining career or hobby. I was disciplined at an early age

It's my favorite role - being a mom

What is the relationship of Teri Polo?

Teri Polo is not dating anyone as of 2018. She once married photographer, Anthony Moore. In the mid-1990s, Polo began dating photographer Anthony.

The couple was in a relationship for two years and then got married in 1997. They welcomed their son Griffin in 2002. After living together for almost one decade, the couple divorced in 2005.

A year later, she met drummer Jamie Wollam on the set of a video. Eventually, they started living together.  They have a daughter together, Bayley who was born in 2007.

But, the couple separated from each other in 2012. Since then, she has not stated that if she has found a new partner or not.

Who is Teri Polo?

Teri Polo is one of the popular American actresses. She starred as Pam Byrnes-Focker in the Meet the Parents trilogy. She is seen in I’m With Her (2003–2004).

Likewise, she was appreciated for her recurring role as Helen Santos on the political drama series named The West Wing.

The actress is also well known for her roles as police officer Stef Adams Foster in the ABC Family series The Fosters (2013–2018) and its spinoff Good Trouble (2019).

She was interested in dancing and started taking ballet classes at an early age when she was only 5 yrs old. When she was 13 yrs old, she attended New York’s School of American Ballet.
After winning a modeling contest, she moved to New York City at the age of 17 to pursue an acting career.

It is said that she studied at Dover High School. Other information about their education is unknown.

Teri Polo started her career when she moves to New York. Her first step to building her career was her start to appear in TV 101 in 1988. Then she gets the chance to appear in big movies. She likewise starred as Christine Daae in the 1990 miniseries named The Phantom of the Opera.

Her work was so appreciated and she was chosen as the regular cast member on the last season of an American comedy-drama series, Northern Exposure between 1994-95.

From 2005-06, She then appeared in the recurring role of Helen Santos in a political drama series The West Wing from 2oo5 to 2006.  In 2006, she was also featured in the Lifetime Movie Network movie, Legacy of Fear. Polo appeared in a Hallmark Channel movie Love is a Four Letter Word in 2007.

In 2013, she was called to join the new family drama series The Fosters. So she went to perform there appearing in a lead cast of police officer Stef Adams Foster. Since there she has good performance, sh get other different series to work. Respectively, she played in the series alongside different popular stars including, Sherri Saum, Jake T. Austin, Hayden Lambert, and many others.

She is popular for her brilliance in the plays like The Fosters that was a very popular ABC series that came in the year 2013 till the present time. Polo has guest-starred on many TV shows, including The Practice, Felicity, Chicago Hope, Numb3rs. Moreover, she also appeared as a guest in shows like Sports Night, Frasier, Ghost Whisperer, Medium, Law & Order: LA, Castle, and Criminal Minds.

As of 2022, Polo is an American actress who has a net worth of $200 thousand. The actress has performed on various of thee popular shows and also debuted on various hits movies.

So she must have good earning. She now lives in a lavish mansion in Manhattan. It cost under $3 million.

Teri receives her death rumors. In 2005, E! News published news that ‘Meet the Parents Actress Dies many fans began to speculate that the actress was Teri Polo’ and the rumors were all spread.

But really the news was about Nicole DeHuff who player Teri Polo’s sister in Meet the Parents. She died of Pneumonia.

Teri Polo is 5 feet 5 inches tall. She has a body measurement size of 36-24-36 inches. The actress weighs 55 kg. Likewise, she has blue-colored eyes and blonde-colored hair.

Polo is active on different social media and keeps on updating them with her latest work and photos. She is active on Instagram with more than 6.4K followers.

Why is Teri Polo famous?

What nationality is Teri Polo?

Was Teri Polo in law and order?

“I find it difficult with a condom, so I never use one.” Naim Darrechi Fakes Steritily For Unprotected Sex