Teri Reeves is an American theater and television actress. Reeves is probably single at the present and enjoying her single life. 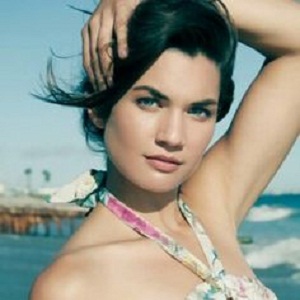 When your show is set in the city, and the city is sort of a character on the show, it helps you as an actor to absorb. It gives it more authenticity.

I take long jogs, which is fantastic.

What is the relationship of Teri Reeves?

Nothing much is known about her personal relationship, except that she was married to Jonathan Reeves in 2005.

The couple lived together for about nine years until they divorced in 2014. Reeves is probably single at the present and enjoying her single life.

Who is Teri Reeves?

Teri Reeves is an American theater and television actress. She is best known for Once Upon a Time, Chicago Fire, Battleground, and NCIS.

Reeves was born Teri Lynn Kretz on July 14, 1981, in Northern California. Her nationality is American and ethnicity is mixed(Italian, German, English).

Other than this, nothing much is known about her like her parents, siblings, etc. She is a classically trained pianist and started playing at age 5.

She began attending UC Santa Barbara as a math major but decided to audition for the acting program and was accepted.

Reeves’ desire to become an actress began as a young girl while watching Katharine Hepburn in The Philadelphia Story. Her first known TV appearance was in Numb3rs in 2008.

It was followed in 2009 by The Forgotten. She also played in the series Days of Our Lives from 2008 to 2010 as Delilah/Babysitter/Kelsey, and as Nurse Alicia/Alicia/Nurse/Alicia Wilson in the four episodes of the series Three Rivers from 2009 to 2010.

In 2010, she appeared in three other shows: Undercovers, Medium, and Rules of Engagement, in one episode each. Reeves appeared in two shows in 2011: General Hospital and Leap Year, in four episodes in the first one and one in the latter.

The year 2011 also marked her big-screen debut with the movie Deadline, in which she plays the character of Linda.

In 2012, she played in thirteen episodes in Battleground as KJ Jameson. She appeared in one episode each of NCIS: Los Angeles, NCIS, Scandal, and Castle in 2013.

Reeves played Rory in the Episode: “Crazy Love” of Grey’s Anatomy in 2015. In 2016, she was cast in a recurring role as Dorothy Gale in season 5 of  ABC’s Once Upon a Time.

Teri holds a brown belt in Brazilian Jiu-Jitsu under Romulo Barral. She is also a NASM certified personal trainer.

Teri Reeves: Salary and Net Worth

As of 2022, Her salary and net worth figures are not available yet.

Reeves has not been dragged into many significant rumors and controversies yet, thus, keeping her public image clean.

Teri has a height of 5 feet 7.5 inches. Her hair color is brown and her eye color is blue.

There is no information on her body measurement, weight, shoe size, and dress size.

Furthermore, also find out more about the early life, career, net worth, relationships, and controversies of chief and Director like Matthew Gray, Mel Gibson, and Tom Cruise.