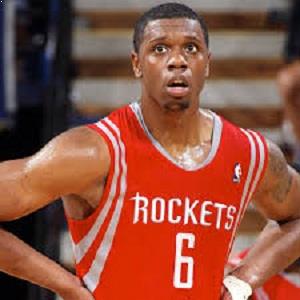 Who is Terrence Jones?

Tall and handsome Terrence Jones is an American well-known professional basketball player.  He is currently a free agent who has played for different teams in the National Basketball Association (NBA).  He plays from power and small forward position.

American professional basketball player Terrence Jones was born in Portland, Oregon on 9 January 1992. He is of African American ethnicity and has an American nationality.

His birth name is Terrence Alexander Jones. His mother’s name is Linda Mashia-Jones and father’s name is Dennis Jones. Since childhood, he has built up a strong interest in basketball games.

On 18 January 2014, he set a career high of 36 points in a winning match against Milwaukee Bucks and became the second youngest player to score 30 points and more after Hakeem Olajuwon. He missed several matches due to his nerve inflammation in his left leg and partially collapsed a lung. On 22 July 2016, he signed with the New Orleans Pelicans and tied his career high record in a winning match against Cleveland Cavaliers. On 23 February 2017, he was released by the Pelicans making him a free agent.

Later, on 4 March 2017, Jones signed with the Milwaukee Bucks but he was soon released from the team on 1 April 2017. He had just played three games for the Bucks and became the free agent.

Terrence Jones: Salary and Net Worth

He is currently a free agent but he has been in many trade rumors.

Terrence Jones has a height of 6 feet 9 inches. His body weighs 116kg. He has black hair and black eyes.