Terri Irwin is an American-Australian naturalist and author.

Talking about her relationship, she was married to Steve Irwin on June 4, 1992. They had two beautiful children, Bindi Irwin, and Robert Clarence Irwin.

Unfortunately, Steve died in 2006 making her a widow till date. after the death of his husband, she has not shown any interest in involving public attention towards her personal life.

It was because she decided to erase each and every footage showing how her husband died which was viral back then. Moreover, she has shown little interest in marrying another person in her life. she has dedi

cated her entire time on achieving the goals and dreams she and her husband had set together. Having enjoyed a fame for appearing in their famous documentary, people are curiously waiting to know more about her personal life. 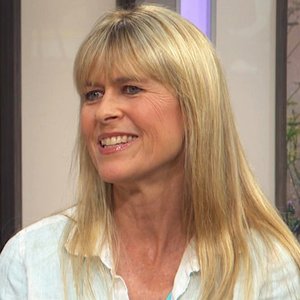 Who is Terri Irwin?

Terri Irwin is an American-Australian naturalist and author. She is the owner of the Australia Zoo in Beerwah, Queensland. She is the widow of famous naturalist Steve Irwin.

Terri Irwin was born on July 20, 1964, in Eugene, Oregon. Her nationality is American-Australian and her ethnicity is ‎Caucasian.

Her father’s name is Clarence Raines and her mother’s name is Judy Raines. Her family was in the trucking business. As a result, her father frequently brought home injured animals from the highways.

It sparked her interest in saving and rehabilitating wild animals. Her determination to save the lives of wild animals was strong from her childhood till now.

Despite dedicating most of her life to studying animal behavior and rehabilitation, it appears that the information regarding her education and qualifications is missing.

Terri Irwin started her career as a veterinary technician to gain further knowledge on the care and support of all kinds of animals.

In 1991, she got the opportunity to go tour in Australia and met her future husband, Steve Irwin. On their honeymoon, their first television documentary was filmed.

In the show, they narrated the events occurring while they were shooting so that viewers can know what is going on. Unfortunately, after her husband’s death, she is involved in promoting and raising awareness in saving the lives of animals.

Terri Irwin: Salary and Net Worth

Terri Irwin has an astounding net worth of $66 Million but her salary is not revealed yet.

There are no rumors concerning Terri Irwin. She always maintained a good public impression. Moreover, she is very professional and passionate about her work and profession. Also, she never did any unethical work till now.

She has a short body structure standing 5 feet and 3.5 inches tall (1.62m) and weighs 59 kg. She has blue eye color and her hair color is blonde.

However, there is no information regarding her exact body measurements.

Terri Irwin Pays Tribute to Late Husband Steve on Their 25th Wedding Anniversary: ‘Grateful for the Time We Had Together’!

Robert Irwin states that father Steve was there with them in spirit during the wedding of sister Bindi Irwin last month!