Terri Seymour is an English entertainment reporter and actress. She was seen in a TV show Extra. She is in a relationship with Clark Mallon and has a child. 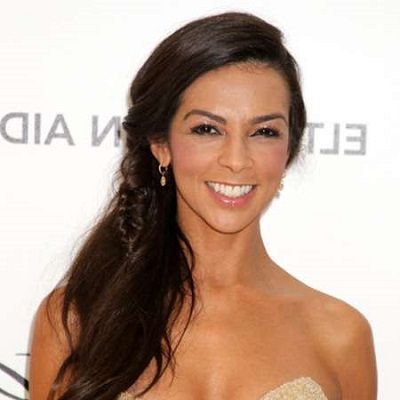 My dad is West Indian and my mum is white

When I was an 18-year-old model, I developed lupus, a disease where the body’s own immune system attacks healthy cells and tissues. I was in terrible pain and had to be put on a cocktail of drugs. I have been in remission for years. But it’s made me much more aware of my own mortality.

Terri Seymour is very open and public with her relationships. She is dating model Clark Mallon since 2011. Since then, the couple has been living together. They have a daughter, Coco, together who was born on 9 March 2016.

Previously, she dated Simon Cowell from 2002-08. This was a very popular relationship. The former couple lived together in London for a few years and moved to L.A. In 2008.

They purchased a $4.6 million mansion in Los Angeles, Hollywood. However, they separated in after a few months of buying the house.

Who is Terri Seymour?

Terri Louise Seymour is a British TV presenter and actress. She hosts the American TV news magazine show Extra. Furthermore, she has also worked in other TV programs such as American Idol, The X Factor UK, etc.

Seymour was born in Little Chalfont, Buckinghamshire on January 27, 1974. Her mother, Margaret, was a single mother and she has no relationship with her father. Furthermore, there is no information about her siblings.

She once told that her father is a West-Indian and her mother is Caucasian. So, her ethnicity is mixed English and West Indian. She holds British nationality.

Early in her career, Terri Seymour started as a commercial model. She was also seen in music videos for George Michael and Soul II Soul. Similarly, she also became a hostess on the ITV game show Wheel of Fortune, alongside John Leslie, then Paul Hendy. Terri became popular as a hostess and earned a very good reputation here.

After the show ended, Seymour moved to America where she continued working as a host and model. In 2002, she played a small role in the British film 24 Hour Party People.

Furthermore, she has also appeared being Eve in the television miniseries in the Beginning feature concealed frontal nudity in 2000. In 2004, Seymour joined the American program Extra.

She also made some appearances on British television, working as a reporter on The Xtra Factor and This Morning. In 2006, she was a guest judge on The Tyra Banks Show in the search for the next top model. The same year, she also played in the film Material Girls.

Seymour began to appear more frequently on Extra, where she started as a freelance reporter covering American Idol before ultimately joining them as a correspondent.

In 2014, her program Extra won the Daytime Emmy Awards. So far, this is her only win or nomination.

According to the Net Worth Post, Seymour’s estimated net worth is $9 million. She has earned this huge amount of money from her television and modeling career.

According to a source, she receives annually $200K to $500K, but it is not confirmed officially.

So far, there are no rumors or controversies surrounding Terri. She has kept herself away from scandals.

Terri Seymour is 5 feet 8 inches tall and has a weight of 55kg. Moreover, she has a perfect body measurement size of 34-24-34 inches. She has black hair and dark-brown colored eyes.

You may also like to read about Kate Phillips, Maisie Williams, and Simon Cowell.

Up and personal! Simon Cowell talks of his previous relationships, affairs, marriage, and children!