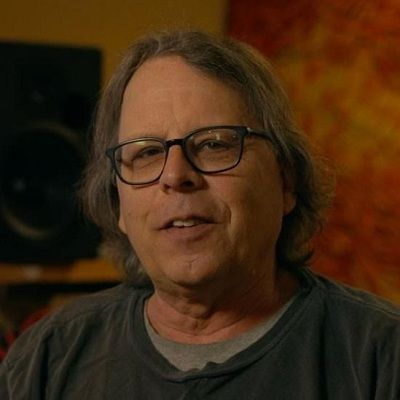 I spent a lot of time at Steve Lawson Productions recording whoever came through the door.

I listened to many different things growing up, but I think I was always drawn to a darker sound.

[Dream Theater]We all stayed in a 2-bedroom apartment near Valley Forge, Pennsylvania. The studio was called Kajem/Victory and was an old gun factory. I was told it was the factory that made the gun that killed Abraham Lincoln. We made the record in three weeks and the guys were very much fun to work with! They were very dedicated, but also very human. The singer on that record was a little different than the rest of them and I don’t think he made any more records with them. [Ed note: Charlie Dominici was the vocalist on When Dream and Day Unite. This was the only Dream Theater album he appeared on

James LaBrie has been DT’s vocalist ever since].Rehearsals for the record were in the basement of a beauty salon. We rehearsed after business hours and entered the basement through a trap door under one of the barber chairs.

On the home front, he built his own home studio in his spare time. He spent hours patching bays, tripping cables, and soldering wires. He did it all by himself, no hired hands.

Indeed, a labor of love!

Who is Terry Date?

Terry Date is an American record producer specializing in rock and metal genres.

He is also an audio engineer and music mixer.

He was the one who engineered the debut album for a Rock band, Metal Church.

He is of Midwestern origin, and in 1979 he graduated from the college in Idaho.

Terry’s album named to Billboard 200 along with the year, band, ranks, and some tracks are