Terry Kinney is known for his role in the drama Oz, One-Armed Man, and The Laramie Project. 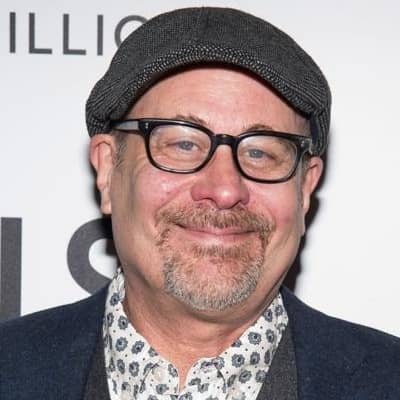 What is the relationship of Terry Kinney?

Terry Kinney is a divorced person.

He has married two times. He first married Elizabeth Perkins in 1984 but sadly in 1988, they broke off.

After that, he took vows with Kathryn Erbe who was a co-star in Oz. They married in 1993 sadly this marriage also got separated in the year 2005.

From this marriage, the couple has got a beautiful daughter Maeve and a son Carson.

Who is Terry Kinney?

Terry Kinney is well known for being an American Actor, theatre director, and also a founding member of the Steppenwolf Theatre Company.

He is also known for his role in the drama Oz, One-Armed Man, and The Laramie Project.

Terry was born on the date of 29 January 1954 in Lincoln, Illinois, United States. Kinney is an American citizen but has not revealed his ethnicity.

Terry went to attend Illinois State University in Normal Illinois. At that university he became friends with Jeff Perry who took him to see a performance of Grease featuring Gary Sinise, bringing the three Steppenwolf Theatre Company co-founders together for the first time.

Kinney has been involved in theatre since 1974 when founded the Steppenwolf theatre company with his friends he met at his university.

Terry Kinney has directed many plays and also performed in many.

He has been seen in Buried Child, Petty Delusions and Grand Obsessions, Well-Appointed Room, Reasons to be Pretty, Fool for Love, the Lover, Streamers, The Violet Hour, After Ashley, The Agony and Agony, and many more.

Likewise, he has also appeared in many films and television series including Seven Minutes in Heaven, Miami Vice, No Mercy, Murder Ordained, Miles from Home, Law & Order, Queens Logic, The Grapes of Wrath, The Firm, The Good Old Boys, Fly away home, Sleepers, Oz, White Lies, and many others.

He is one of the actors whose whole net worth is $4 million. Although he has shared his net worth Terry has not told his salary per year which is still under review.

Although Terry Kinney has been in this entertainment industry for a long time he has not been in any negative rumors and controversies as he has maintained his personal and business life properly.

Terry is 5 feet 11 inches tall and weighs 75 kg. although he has shared his weight he has not shared his body measurement in detail like his hips, waist, and bicep measurements respectively.

Looking at his appearance he has fair skin with brown eyes and black and grey hair.

He is usually seen wearing hats in his photos.

Terry Kinney is not very active on networking sites.

Likewise, he has almost 4184 followers on Twitter with 17.4k tweets. As he does not frequently active on media so he also has not made his Facebook and YouTube accounts.