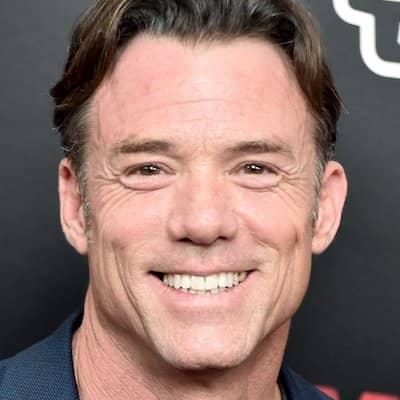 What is the relationship of Terry Notary?

Terry Notary is a married man living with his wife. He exchanged vows with Rhonda Notary but he has hidden his affair plus wedding details.

It is also unknown, whether they have welcomed any children or not.

Who is Terry Notary?

Terry Notary is an actor, stunt coordinator, and movement coach of American nationality. Terry Notary is primarily known for his work in projects like Avatar, The Adventures of Tintin: Secrets of the Unicorn, The Hobbit trilogy, Kong: Skull Island, etc.

Recently in 2022, Terry was seen playing a character named Gordy in the sci-fi horror movie “Nope“. As a producer, he produced the film Primevil in 2010 and After Dusk, They Come (Video) in 2009.

His actual birthdate is 14 Aug 1968 but he was born in San Rafael, California, the United States. The name of his mother and his father’s identity is unknown.

Further, Terry’s ancestry is Caucasian and as per his academics, he is a UCLA pass-out in theatre. He was super active from childhood and used his energy in gymnastics class.

Terry Notary is a successful actor who debuted in an episode of The Tonight Show with Jay Leno (TV Series) as a Circus Performer in 1993. He is known to the public for his acting in Warcraft: The Beginning as Peon in 2016, Dawn of the Planet of the Apes as Rocket in 2014, and Primevil as Alpha Male in 2010.

Some of his other noted roled screen projects are,

Terry is also an amazing stunt person who has worked in some of the major hit movies. His coordinated movie credits with their release year are,

In the coming future movies titled He Went That Way, Black Adam, and Dark Harvest will release in which he worked as a Movement Choreographer.

What is Terry Notary’s net worth?

By the reports of 2022, Terry Notary has an estimated net worth of $4 million which he collected from his work. He has a total of 31 acting credits as of this writing.

This cast of Rise of the Planet of the Apes (movie) is keeping himself away from scandals along with desperate rumors.

What are the body stats of Terry Notary?

Terry Notary’s height is 5 ft 7.5 inches and his body weight is 75 kg. Furthermore, he has light brown hair and his eyes are brown in color.

Also, he is staying close to Instagram where he has around 11.8k followers. His picture of him with Groot at Trilith Studios which was posted on IG on 01 May 2019, is loved by the viewers.

Andrew Darnell
Tags : Actor Rise of the Planet of the Apes stunt coordinator