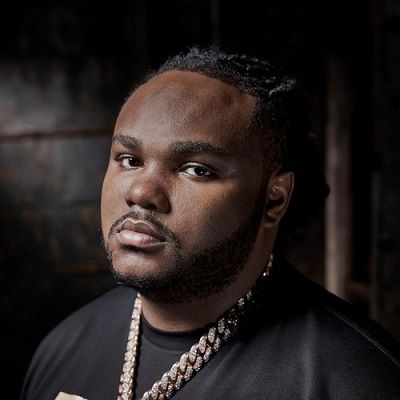 Tee Grizzley’s relationship status is possibly single. He has different snaps with girls but he has not stated anything about his love life.

Who is Tee Grizzley?

Tee Grizzley is an American rapper and songwriter. He has released singles First Day Out, No Effort, Colors, and From the D to the A.

He is mainly related to hip hop genres.

He was born as Terry Sanchez Wallace Jr. on March 23, 1994. His birthplace is Detroit, Michigan, United States and was raised by his grandmother.

His mother was sentenced for 15 years of imprisonment for drug trafficking and his father was killed in 2012.

He holds All-American ethnicity. There is no information about his siblings.

He went to study finance and accounting at Michigan State University. But due to the financial crisis, Tee started robbing.

He has his friend Jeremy Ford were arrested for robbing electronics of $20,000 in Feb 2014. However, they got released due to pending investigation.

After this, Tee ran to Kentucky but was again caught on July 1, 2014, and was sentenced for nine months. The reason for the arrest was that he attempted to stole a jewelry shop along with his two friends.

Tee Grizzley was interested in music from childhood and during his middle school formed a band named All-Stars Ball Hard. This group had other three members JR, Po, an Lee.

After fulfilling the sentences, Tee released his first single First Day Out in Nov 2016. His second single was out in Feb 2017 titled as Second Day Out.

His other singles are Straight to it, No Effort, Colors, Don’t Even Trip, and more.

His mixtapes My Moment and Still My Moment were released in April 2017 and Nov 2018 respectively. He also teamed up with Lil Durk for making album Bloodas in 2017.

Besides this, Tee had two studio albums. His first album Activated was released on May 11, 2018. Then on June 7, 2019, his second album Scriptures came out.

Tee Grizzley was nominated for three times. In 2017, he got nominations for the best new hip hop artist and best mixtape by BET Hip Hop Awards.

Then in 2108, he was nominated for Push Artist of the Year by MTV Video Music Awards.

As per sources, Tee experienced gunfire on Aug 20, 2019, in Detroit. But luckily, he got no harm.

However, his aunt plus manager Jobina Brown got killed. The shooter pulled the trigger and shot Jobina on her left side. The driver of Tee heard Jobina scream right before 3 to 4 shots.

Jobina was declared dead by the doctors. It is still unclear that, the shooter wanted to kill Tee or his Aunt.

This talented musician has an estimated net worth of $1.5 million. From his YouTube channel, his estimated yearly earnings are between $29.1K – $464.9K US.

In addition to music, he sells online merchandise like t-shirts, jerseys, hoodies, and jogger pants.

Tee Grizzley has black eyes and black hair. His height is 6 feet with a weight of 103 kg.