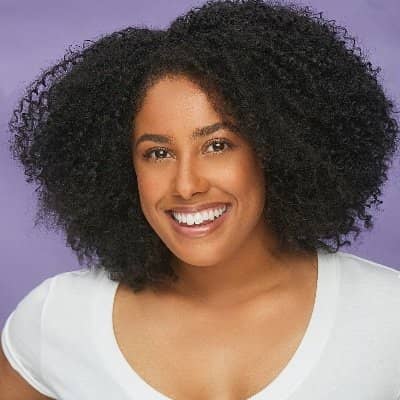 Currently, Teya is focused on her professional career. She is straight and possibly single. She is serious about her career and working hard on it.

Furthermore, She has not dated anyone until now. She is tight-lipped when it comes to her personal details. So, we can assume that She is not married neither is she in a relationship. She is never married and isn’t interested in it even in her 30s.

Who is Teya Wild?

Teya Wild is a Canadian-American actress, Host, Choreographer, and Dancer. Currently, Teya is a judge and arbitrator in many dance competitions across Canada.

Teya was the finalist in season 4 of the reality show ‘So You Think You Can Dance Canada’. Likewise, she is popular for her roles in various movies including Head Over Heels, A Storm In Summer, and The Outer Limits.

Teya Wild was born in 1988 in, Vancouver, British Columbia, Canada. As of 2021, she is 33 years old. She is originally from Canada but later moved to Los Angeles, California.

Her family background is not disclosed yet. She is tight-lipped when it comes to her personal details. However, she shares a good bond with her parents. She might be the only daughter of her parents. Teya was interested in acting since her early days.

Her education history is not disclosed much. But, She is a graduate of the Royal Academy of Dance with Ballet Honors. Moreover, she holds American Citizenship.

Teya wild is mainly a multitalented artist who is an actress, Host, Choreographer, and Dancer. In 2000, Wild made her Television debut at the age of 12 in the TV Drama ‘A Storm in Summer‘ as Hopscotch Girl. After her graduation in 2011, she made her appearance in the TV series ‘Hellcats’ and TV special ‘A Russell Peters Christmas Special’. In the same year, she competed in season 4 of the reality show ‘So You Think You Can Dance Canada’.

Currently, Teya is a judge and arbitrator in many dance competitions across Canada. In addition, Wild has collaborated with popular Hollywood choreographers like Luther Brown, Aakomon Jones, Draico Johnson, Nappytabs, and Rosero McCoy.

Teya has earned a decent amount of money throughout her professional career. Likewise, She is living a lavish life in Los Angeles, America. Wild has a net worth of around $200K.

Likewise, her Salary and assets value is under review. On average, a choreographer’s annual salary ranges between $26,000- $57,000.

Teya is a talented artist. She has participated in the stages of The American Music Awards, and The Grammy Awards. In addition, she was also a finalist in season 4 of the reality show ‘So You Think You Can Dance Canada’.

Teya has been successful in keeping herself far from rumors and scandals in her personal and professional life. Likewise, Teya is fully focused on her career.

Teya is a beautiful woman with a charming personality. Likewise, She has a slim body structure with a suitable height of 5.5 feet. Furthermore, her hair is black and her eyes are dark brown in color. Similarly, she is praised for her fair skin and slim body build. There is no information regarding her body measurements.

Teya is quite popular on Social media. She has around 16.2K followers on Instagram. Likewise, She also has a Twitter account with around 1.9K followers. Similarly, she has gathered around 1K followers on Facebook. She often uploads her photos and status on her social media sites.

You may also like to read the bios of Asap Rocky, Dakota Lotus, and Nick Miscusi !!