American Thad Luckinbill is an actor and producer.

Thad Luckinbill is a married man. He is married to the actress, Amelia Heinle. The wedding took place on the 3rd of March 2007.

Together, they have two children a son, Thaddeus Row, and a daughter, Georgia March.

The couple filed divorce on the 1st of March 2017 citing irreconcilable differences. However, the couple has not got divorced yet. 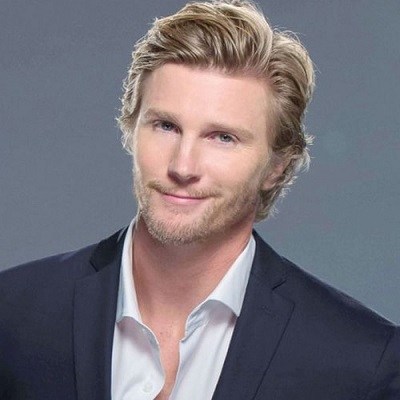 Who is Thad Luckinbill?

American Thad Luckinbill is an actor and producer. He is renowned as J.T. Hellstrom of the series, The Young and the Restless.

Last, he produced the romantic comedy, Sierra Burgess Is a Loser.

His latest movie, Broken Diamonds is completed and waiting to be released. His upcoming movie, Devotion is in the stage of pre-production.

Thad Luckinbill was born on the 24th of April 1975 in Enid, Oklahoma. His birth name is Thaddeus Rowe Luckinbill.

His father, Dennis Luckinbill, and mother, Anna Sue Luckinbill are business personalities. They own an electrical company. They are of British-Irish ethnicity.

He shares the same birth date with his identical brother, Trent Luckinbill. Trent is an LA-based lawyer. He graduated from the University of Oklahoma with Honors Finance.

In 1999, Thad Luckinbill debuted in his TV career with the series, Undressed in a recurring role of Kyle.

After that, he appeared in series, The Young and the Restless. In the romantic-drama, he portrayed the character of J.T. Hellstrom. Till the date, he makes his appearance in the series and has completed 899 episodes.

With passing series, he made his appearance in the series like Sabrina, the Teenage Witch, Buffy the Vampire Slayer, and Without a Trace in the minor roles.

In 2000, he debuted in the movie, Task Force 2001 as Gary. Moving forwards, he featured the movies including The Good Lie, Matchmaker Santa, and The Essence of Depp. Last, in 2018, he featured the action-drama, 12 Strong as Vern Michaels.

In 2014, he expanded his career as a producer with the movie, The Good Lie. The movie is based on the life of the Sudanese refugees who got resettled in the US.

Moving forwards, he produced a movie like La La Land that earned six Academy Awards with 237 other Awards The movie became the career-based as a producer. As of now, he has already produced 10 movies like 12 Strong, Sicario 2: Soldado, and Sicario. His latest movie, Devotion in the stage of pre-production.

As of now, he has maintained a clear image as an actor and producer. To date, he has not been involved in any sort of controversy that created a buzz in the media. Similarly, there are rumors linked with him.

However, the producer came into the headlines when he got filed for a divorce from his wife, Amelia Heinle on the 1st of March 2017 citing irreconcilable differences. Also, the couple asked for joint custody in the Los Angeles Superior Court.

Thad Luckinbill has blue eyes with auburn hair. His height is 6 feet 1 inch and has a decent weight with an athletic physique.