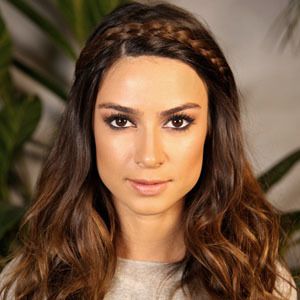 Talking about Thaila Ayala’s relationship, she was married Paulo Vilhena in 2011, but the marriage didn’t go well so they divorce in 2013.

Who is Thaila Ayala?

Thaila is a Brazilian actress and model, she is well known for When Red is White (2018), Zeroville and Young Hearts (1995).

Additionally, she played Marcela, the protagonist of the 14th season of the teen soap Malhação. During 2006, she also posed nude for the magazine Trip.

Thaila was born in Presidente Prudente, Brazil on April 14, 1986, there is no information about her family and also her siblings.

Whereas, she belongs to Brazilian nationality and mixed (Brazilian- Portuguese-  Italian) ethnicity. Her birth sign is Aries.

Unfortunately, there isn’t any information regarding her education and academic achievements.

Talking about her profession, Thaila Ayala is commonly known as Marcela, she also played the protagonist in the teen soap ‘Malhacao’. Whereas, she was a part of the 14th season and played her role brilliantly for which she got wide acclaim and recognition.

Then, she took a bold step towards her career as she posed nude* for a popular magazine ‘Trip’ in the year 2006. In the next year, she was also photographed by Terry Richardson.

Some of the major movies include ‘O Profeta’, ‘Pe na Jaca’, and ‘India – A love story’. Since all these movies did fabulously well, there are huge expectations from her upcoming movies.

Thaila was nominated for Extra Award for Most Promising Actress (Melhor Atriz Revelação) for Malhação (1995). Then, she won the Guarnicê Award and Jury Award for Best Actress for When Red is White (2018).

Thaila has received a good salary but the exact figure is unknown. However, she has a net worth of $2 million due to her modeling career.

There was a controversy that, recently, during an interview in the year 2011, she said that posing nude* for photography is like being raped. Currently, she is far from rumors and controversies.