Posted by MarriedBiography Posted on September 30, 2017 | In Career , Uncategorized
Share this

Some old stories are hard to forget which we remember for a long time. But a time comes when there is a need to freshen up with the same old story again. So, it has now been quite common for the movie makers around the world to reboot the old greatest hits. This applies same for the makers of ‘Party Of Five’.

Recreation idea of the creators

Creators of the original story, Christopher Keyser, and Amy Lippman shared about their decision to return back with their Golden Globe Award-winning series ‘Party Of Five’ according to The Hollywood Reporter. However, not everything remains the same. Some things need to be modernized according to time, right? After if we had to see the exactly copied story, there is a high chance of people not watching the new one at all.

So according to the news, it is said that the new updated version will talk about Latin immigrated children to America while the previous one was about five children who were separated after the death of their parents.

In the rebooted version, however, the condition of parents is yet to be revealed. Like in the original one, this too will be showing the tough times that the children had to face in order adapt in a completely new country.

Originally, the main cast for the six seasons of ‘Part Of Five’ included Scott Wolf as Bailey, Matthew Fox as Charlie, Neve Campbell as Julia, and Lacey Chabert as Claudia Salinger, who with their baby brother Owen (played by several actors).

Although the level of excitement had already risen up, the story is still in its baby phase and there is still time for the act to be out on TV. Even the network is not confirmed and the confirmation of Sony Pictures Television Studies is not found. So guys, are you ready for the story to be back?

The main cast after the completion of the original one

The main cast of the series who worked as the five lost siblings trying to find the success in life opened many gates for them in future. This hit series opened the gate for all of them but or the four of them were the unforgettable part of the team.

Scott Wolf who played the role of the second child, Bailey Salinger in the series has done lots of work in both on small and big screens. At present, the actor has however been less active. He was a guest host of the show called ‘Live with Kelly and Ryan’. Scott is already a father of three beautiful children- Jackson Kayse (born 2009), Miller William (born 2012) and Lucy Marie (born 2014) with his wife Kelley Marie Limp.

Known for being the eldest among all but still little immature and insecure Charlie Salinger was played by Fox. He too has worked on several projects, among which ‘Lost’ was really popular. Starring in all 6 seasons of the show, he also earned a number of awards and nominations. Fox has repeatedly stated “done with television” after being a part of ‘Lost’ because of the need to be present in the series for a long time until the series is finally complete. His most recent work was in ‘Extinction'(2015).

The beautiful actress, Neve suited the role of an intelligent and emotional teenager, Julia Salinger perfectly. She has acted in numerous films and TV series, which has lead into nominations of different awards and some of which Campbell has earned as well. Her recent work in television was in ‘House of Cards’ and will soon be seen in the movie ‘Skyscraper’, to be released in 2018.

Claudia Salinger, the role of a  girl who played violin was played by Lacey who did justice by playing it. Although she had to take some break while she was in her first pregnancy, she has returned back to her acting from the film- ‘Moonlight in Vermont’. Chabert who started her as a child actress has now numerous films starring her.

All the other actors of the series have taken their own path but these were the main cast of the actors, who you couldn’t miss. These precious gems for the series have revealed of still being as close as always. We hope for the best of the rebooted version and for the new cast as well. 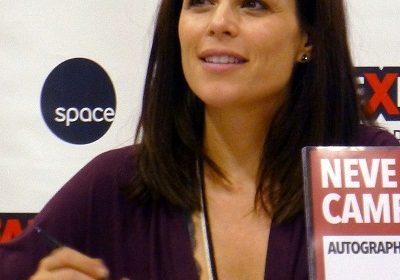