Artist The-Dream is married and a father of nine.

Before this, he was dating Nivea and after being together for about six months, the couple married in 2004. They also had three children daughter Navy Talia Nash (on May 10, 2005) and twin sons London & Christian Nash (April 19, 2006). But in the year 2008, they were separated.

Likely, The-Dream has also dated Christina Milian. They were engaged in June 2009 and married on September 4, 2009, at the Little White Chapel in Las Vegas. Five months after their wedding, Nash filed divorce papers in Georgia on February 17, 2010, just nine days before Christina gave birth to their daughter, Violet Madison Nash on February 26, 2010. They get separated on July 12, 2010. 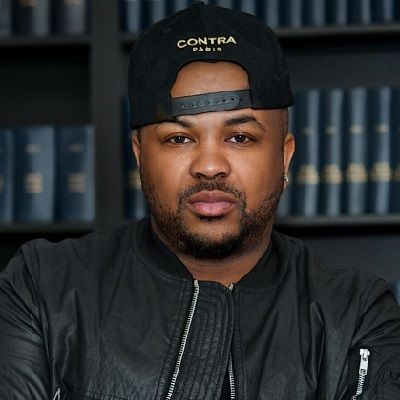 He is an American record producer, songwriter, singer, and also most known as a rapper. He has co-written songs with “Me Against the Music” for Britney Spears. Ride for Ciara, Umbrella for Rihanna, Single Ladies {put a ring on it} and partition for Beyonce. Baby for Justin Bieber.

He was born on September 20, 1977, in Yanceyville, North Carolina. His real name is Terius Youngdell Nash. He moved with his mother, Reva Nash to Atlanta when he was two years old. His mother died in 1992 when Nash was fifteen years old, an event which would inspire him to write songs.

He moved in with his grandfather, a concrete mason who instilled a strong work ethic in young Nash.

No information can be collected regarding his educational background.

At first in 2001, Nash used to write the songs for other artists. He wrote songs for B2K, Britney Spears, Nivea, Rihanna, and others.

In 2010, collaborating with T-Pain and Kanye West, The-Dream was successful to release his third album Love King. In the year 2012, he releases 1977 with a modified tracklist and named it Terius Nash: 1977. Then in 2013, The-Dream came to release his next album IV Play which was supposed to release in 2011. The featuring artists of the album include Jay-Z, Big Sean, Beyonce, and others.

In the year 2014, he released a free mixtape title Royalty: The Prequel. Moreover, his another album EP Crown and Jewel was released in 2016. The-Dream has been working on his next project and he mentioned that he will be continuing The Love series and release Love Affair in coming years.

The-Dream is not only a rapper and singer but also he is a record producer and songwriter. He has written and produced songs for notable artists. The-Dream alongside Pleasure P, Ne-Yo, Jeremih, and Kevin McCall released their album Writers Block which consisted of 20 songs together.

Alongside his own work, The-Dream has also been a featuring artist on other artist’s singles including Plies, Rick Ross, Jamie Foxx, Snoop Dogg, and others.

In the year 2008 of BET Awards. he won The Best New Artist award for his work on The-Dream. Likely in BET Hip-Hop Awards, 2009 he was able to win the Viewer’s Choice Award. Likewise in the Grammy Awards 2008, he won the  Song of the Year and respectively in the year 2010, he receives The Best R&B Song Award. Moreover, in 2012, he was awarded Best Rap Song for his song All of the Lights.

And in the year 203, he won Best Rap/Sung Collaboration Award for his work on  “No Church in the Wild”. Furthermore, he is nominated in various of the other awards in Grammy Awards, Mobo Awards, Ozone Awards, BET Awards, BET Hip-Hop Awards.

The-Dream has his own mansion in Atlanta, Georgia worth $1.5 million and is having a great earning. Furthermore, he owns a Ferrari.

Due to alleged domestic violence in Newport Beach, California in 2013, Nash was caught by the police. Anyhow, his then-girlfriend Lydia refused to press charges.

Then in 2014, Nash was arrested for felony assault and strangulation against his then-pregnant girlfriend Lydia.

7 most powerful quotes written on t-shirt

Look what Christina Milian has done on her baby bump as she gears to deliver her second baby!