Updated On November 17, 2022 | Published By: raheen munnie | In Affair , Dating , Relationship
Share this 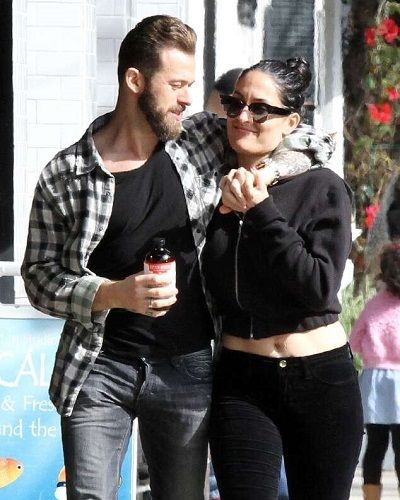 Let’s have some more details about the talented bold girl.

The lover of Nikki Bella, a Russian-American professional dancer named Artem Vladimirovich Chigvintsev. He has performed both on Broadway and more recently on the West End in the year 2009. Recently, the lovebirds have shown their love for each other.

Today is a new beginning for both @theartemc and I. As I start a new amazing journey with @totalbellas and my life, my @theartemc is starting the same. And I am so excited for him to be on this journey with me. I’m thankful for him to showcase his life, love, ups and downs not only for me but for my Bella Army and my Total Bellas viewers. Sometimes we have a door shut and we don’t understand why, but honestly there is always a reason. I have been through that. And not through that just as a break up but through that professionally and personally. And when those other doors open they open SO big! Believe in God, the Universe, our Angels and so much greater beyond what we can see. Believe that happiness lies beyond dollar signs. As long as we have each other, health, happiness and love they can’t cheat us, use us or cause us harm. I love you all! I love your support! Your follow! Your positivity! And thank you for sharing it with someone who means SO much to me. ❤️

“You are my rock, my number one, the good ending to a bad day and the best start to a new day, you are my soul mate.”

Furthermore, Nikki Bella also happily confessed to his beloved boyfriend in public. According to her:

“When we [were] just friends and dancing [during their ‘Dancing With the Stars’ days], he would talk about being a dad and wanting a daughter first. I remember he used to tell me, ‘You just seem like you would be a mom one day. Like, it’s so weird to think that you weren’t. At that point when we were dancing, I was like, ‘No, I’m cool. I’m not going to be a mom. It’s all good.”

Additionally, she explained that she had heard about his baby’s fever forever. She has even said to her boyfriend that she doesn’t know if she needs to be on three birth control but they are not having kids anywhere shortly.

It seems as if the couple has started the thought of starting a family since they started dating!

The couple admitted that they were dating a few months ago. They finally admitted that its official. Nikki Bella and Artem Chogvinstev are the contestants in ‘Dancing With The Stars.’ They were partners during season number 25 in the year 2017.

In May 2019, Bella described that they don’t have to have labels or any titles and this is the reason that attracts her so much to Artem Chogvinstev. She claimed this in her twin sister, Brie Bella’s ‘The Bellas Podcast‘.

Moreover, her sister, Brie also added saying that Nikki Bella always keeps on saying she has no labels. However, they are together all the time like a boyfriend and girlfriend.

Nikki Bella also elaborated on how the fans, as well as her sister, have been talking about her and Artem being together. She said that the main reason for them to dance together was to indirectly tell everyone about their relationship.

Artem was so amazed to hear all this from his beloved girlfriend.

The real name of the talented Wrestler is Stephanie Nicole Garcia-Colace. She is famously known as the fearless one. She was born on the 21st of November,1983.

Being a passionate and enthusiastic wrestler, she was brought up in San Diego, California city in the United States. However, her hometown is Scottsdale, Arizona.

Her parents are Jon Garcia and Kathy Colace. Her nationality is American whereas her ethnicity is half Mexican and half Italian. She completed her high school in Arizona and college in Grossmont in San Diego.

Talking about social media, Nikki Bella can be seen on Television and brand endorsements as well. Moreover, Rolling Stone magazine honored her with the ‘Diva of the Year’ tag back in December 2015. More bio…