The Tiger King Star Joe Exotic Splits with His Fiance 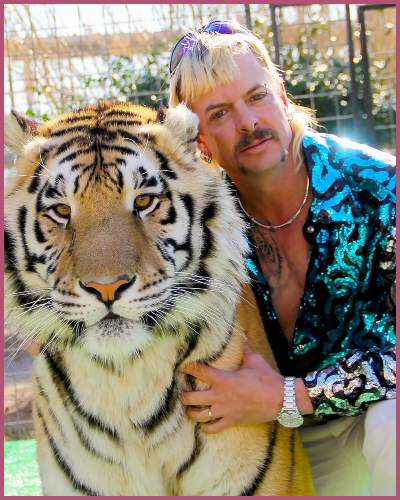 A glance at Joe Exotic and John Graham’s relationship

The Netflix star who met his fiance John Graham in prison is partying his way from behind the bars.

Exotic and Graham had apparently met in prison over a year ago inside the jail unit. The two had sparked romance the moment they met and had a fast attraction.

The co-prisoners were eventually engaged last August 2021 while they separated in June 2022. Even though Graham has been released from prison they had a frequent exchange of letters almost 3 times a day. But see things change.

Joe Exotic has been resentenced to 21 years in prison in early 2022. Meanwhile, he is also battling prostate cancer right now, and sadly, he has had one of the worst breaks up of his life.

He is no longer tying the dream wedding with John Graham. His ex-fiance might be tired of waiting for someone in prison who is living his 21 years attempt to murder sentence.

All those dreams shatter in a second

Joe Exotic, the ex-husband of Dillion Passage had expressed how his fiance had a dream about the two getting married. Before their break up, he has expressed,

“As soon as Dillon signs the divorce and its final, if I’m still here, John and I want to get legally married right away. John’s dream is to marry me in an ancient forest in a private, intimate ceremony officiated by Graham’s brother.”

The news came from Joe Exotic’s lawyer that the two had called it quit regarding their engagement. The dream they saw together is no longer coming true and is shattered in a second.

Who is Joe Exotic?

Joe Exotic is a former country musician and Oklahoma zookeeper. Likewise, he is a gun enthusiast and big-cat keeper at his animal park.

He is in jail after being found guilty of a murder-for-hire plot against rival Carole Baskin. Exotic was found paying Allen Glover $3,000 to kill his big cat conservationist rival along with violations of animal welfare law. Read more bio…