The world of Gennady Golovkin, a world champion boxer!! Click to know more about him! 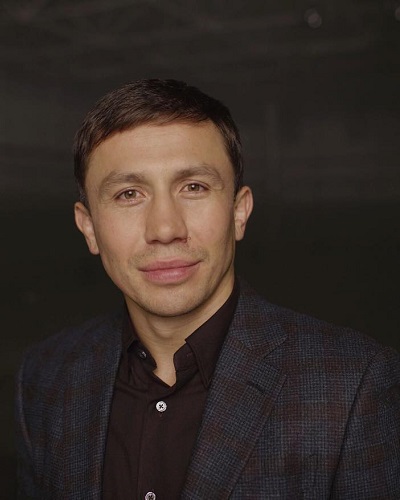 Gennady Golovkin’s full name is Gennady Gennadyevich Golovkin. He was born on April 8, 1982, in Karagandy in the Kazakh SSR, Soviet Union, (at present Karagandy, Kazakhstan). His father was a Russian coal miner and his mother was a Korean lab assistant.

He has three siblings- two older brothers, Vadim and Sergey, and a twin brother, Maxim.

At the age of 8, he was inspired to be a boxer. But his boxing days (sort of) began long ago. When still a kindergartener, his brothers would arrange fights for him and his opponents, who were much older than him.

Gennady’s older brothers were enlisted in the Soviet Army when he was nine years of age. But tragedy befell his family. In 1990, Vadim died and Sergey died in 1994. The family was intimidated by the government following their deaths.

As with all professional players, he also started as an amateur player.

In November 2002, he obtained his scholarship within the Olympic Solidarity program. As his career in boxing went on, he won a gold medal at the 2003 ‘World Amateur Boxing Championships in the middleweight division and went on to win a silver medal in the category representing Kazakhstan at the 2004 Summer Olympics.

Another day signing gloves for my fans!

After a series of victories and defending his title, he boxed at the Madison Square Garden on March 18, 2017. With millions of viewers on HBO PPV and sold-out concerts of 19,939, he fought all 12 rounds against American pro boxer Daniel Jacobs.

You may like to read Yasemin Jack, wife of Swedish Boxer Badau Jack. Sweet happy family, has a daughter, and just won the WBA title!

The world knows #andstill Thanks to all my fans from all over the world for your support. It means a lot for me. ? @kazangapov.kz

Gennady is a married man. Yes, the handsome boxer is married to Alina, his high school sweetheart. The couple is blessed with a child- a son. He has named his son Vadim after his older brother, who had died in 1990. His son is very young and is currently in primary school. The couple seems to be happy and in love. There are no existing rumors, the controversy surrounding the couple.

In 2006, he had moved to Stuttgart, Germany from his homeland. After residing there for a couple of years, he along with his family moved to the US in 2014. He now lives in Santa Monica, California.

You may like to read Who is Israel Adesanya? Learn about his Career, Net worth, Next Fight, Body Measurement, and Social media