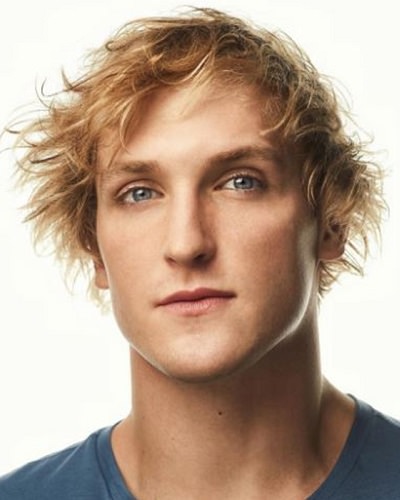 Logan Paul has come to the highlight much time with his crazy vlogs. But this time he drove himself to the controversy due to his new upload during his Japan tour.

Recently, he visited the suicidal forest of Japan, where he suddenly finds a dead body hanging. He posted the video online with dragged him to the circle of controversy.

Logan Paul including his friends visited the suicidal forest where they encountered a hanging dead body. He shared the video filming the dead body with millions of his followers. Moreover, he also zoomed into different parts of the body and also talked about the seriousness of the suicide.

But accidentally he cracked the joke over it and said:

“I think this definitely marks a moment in YouTube history,”

You may like to read Controversial YouTuber Logan Paul slammed by model Chrissy Teigen for hosting pro-gun campaigner Kaitlin Bennett!

After the video came out many people, including celebrities and other YouTube personality, came ahead and criticised him for making a video and cracking a joke in the serious issue. They also criticised his idea of uploading the video on the internet with millions of people including children.

Afterwards, he took the video down and also released an apology video in the response. Paul explained:

“The goal with my content is always to entertain, to push the boundaries, to be all inclusive,”

Furthermore, he also described that he posted the video not because he wanted views but rather wanted to raise awareness for suicide and suicide prevention. Logan also released his apology in his Twitter account after taking down the video. Furthermore, he wrote:

“I do this sh*t every day. I’ve made a 15 minute TV show EVERY SINGLE DAY for the past 460+ days. One may understand that it’s easy to get caught up in the moment without fully weighing the possible ramifications.”

Also read The weird and silly brutal sport! The controversial YouTuber Logan Paul backs out from the sport of slapping each other unconscious!

Many well-known personalities took the social media and criticised him for the video. Aaron Paul also took the twitter and opened up about the issue.

“How dare you! You disgust me. I can’t believe that so many young people look up to you. So sad. Hopefully this latest video woke them up. You are pure trash. Plain and simple. Suicide is not a joke. Go rot in hell.”

How dare you! You disgust me. I can't believe that so many young people look up to you. So sad. Hopefully this latest video woke them up. You are pure trash. Plain and simple. Suicide is not a joke. Go rot in hell.

Logan is not only the first YouTuber who has to learn responsibilities with the huge fan following in the social media account. Previously, another YouTube star Pew De Pie, who has the massive fan following on his YouTube channel, also once came to the circle of controversy after his racial video he shared on his channel. He has almost 59 million subscribers on his channel.