Theo Von is an American stand-up comedian and podcaster. Theo Von is at present possibly single. 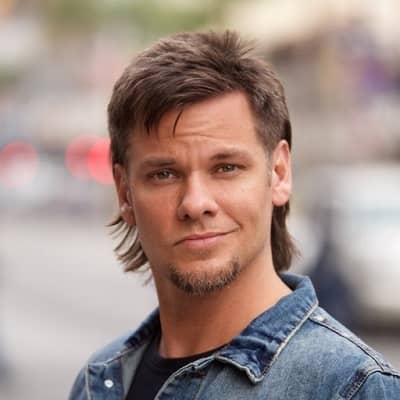 What is the relationship of Theo Von?

Theo Von is at present possibly single. He has not shared any details about his affair or girlfriend.

Who is Theo Von?

Theo Von is an American stand-up comedian and podcaster. He is also a television personality and actor.

He hosts his podcast named This Past Weekend and The King and The Sting.

He was born Theodor Capitani von Kurnatowski on 19 March 1980 in Covington, Louisiana, the US.

His father and his mother’s names are Roland von Kurnatowski Sr. and Gina Capitani respectively.

He has two sisters younger than him and an older brother. Theo’s descent is mixed (Italian, Polish, German, English, Scottish).

He also joined Louisiana State University for a time, as well as Loyola University New Orleans, University of Arizona, College of Charleston, and Santa Monica College for a brief time.

Then, he enrolled at the University of New Orleans and gained his undergraduate degree in 2011.

Theo Von is one of the popular comedians in the entertainment industry. His crank texting blog created in 2009 gave him fame as a comedian.

He was also featured in The Half Hour, The Arsenio Hall Show, Hello Ross, Chelsea Lately, Watch What Happens Live, @midnight, and This Is Not Happening.

Moreover, Theo is also cast by Netflix and was seen in the comedy special No Offense. He also had tenure in MTV.

Theo’s first two movies were released in 2013 titled InAPPropriate Comedy and Inside Amy Schumer. He was also seen as Alex in Why? With Hannibal Buress (2015) and Dixon in The Tomorrow War (2021).

He also participated in the Real World/Road Rules Challenge, Reality Bites Back, Battle of the Network Reality Stars, and more.

His featured web series is Hot Ones (2019) and podcast Impaulsive.

Theo is active on YouTube with his own channel which was created on 03 March 2006. It has now gained more than 704k subscribers.

He has earned an estimated net worth of $800k as of 2022. The average salary received by him is unknown.

This comedian is keeping himself away from rumors and also not surrounded by any desperate scandals.

Regarding Theo Von’s body features, his height is 6 ft and his body weight is 75 kg. In addition, he has brown-colored eyes and his hair is dark brown.

As an influencer, Theo is available on social sites. His Instagram account has followers of around 1.3 million.