Thomas Dekker is an American film artist, television actor, musician and voice actor. He is married. 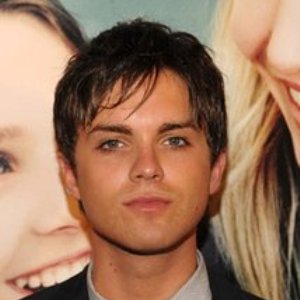 I love acting because it's an artistic way to release the million different personalities I have in my head.

River Phoenix. I watched all of his films and thought he did some really revolutionary stuff for his age.

What is the relationship of Thomas Dekker?

He was in unsuccessful relationships with Sydney Freggiaro in 2008 and with Shelley Henning in 2012. In July 2017, Thomas Dekker has admitted that he is gay and that in April 2017, he is married to a man. He did not disclose the name of his spouse.

Who is Thomas Dekker?

Thomas Dekker is an American film artist, television actor, musician, and voice actor. Besides this, he is also a singer and has already written and produced two albums. He is best known for his role as John Connor in “Terminator”, Adam Conant in “The Secret Circle” and Zach in “Heroes.”

He did the voice of Littlefoot in “The Land Before Time” and as Fievel Mousekewitz in “An American Tail.” In the TV show Backstrom, he starred as Gregory Valentine. He is a versatile actor in the American Film society and able to get fame in different sectors.

Dekker was born to those parents who have artistic and theatrical characteristics. His mother Hilary is an acting coach, actress, singer, and concert pianist, and his late father David John Ellis Dekker, was an artist, set designer, opera singer, and actor. His grandfather, Alun Williams was a radio broadcaster for the British Broadcasting Corporation. Dekker was always supported by his artistic parents and pushed towards the film industry since childhood.

Dekker started his acting career at the age of six and was seen for the first time in the show “The Young” and “The Restless.” Shortly, he appeared in Star Trek Generations, two episodes of Star Trek Voyager, and Village of the Damned.  He started his music career at the age of ten and got a recording deal at the age of fifteen. After one year, he was impressed by electronica which he describes as “electro-folk” and started writing and producing classical music. He became a regular on the Disney Channel show, Honey: The T.V show in late 1997. This show was ended in 2000 and then he went on to appear in “The run of the house,” “House,” “Boston Public,” “Reba,” and “7th heaven.” He appeared in films such as “Campus Confidential” and “An American Tail.”

In his lifetime career, he won three Young Artist Awards for his best work in The Land Before Time films and one for his guest appearance on Boston Public. In 2006, he got the chance to act in a recurring role in Heroes playing the character of Zach. He has acted in seventeen films and twenty-three television shows. He is one of the most successful actors in the American Film Industry and has a net worth of 500 thousand dollars as of 2022.

Dekker is constantly plagued with gay rumors. Once Dekker said,” If there are possibilities of being able to do anything in life, why would you say you would never take any up?” After his interview with OUT magazine, different speculation regarding his sexuality appeared in the media and a big question has aroused. Is Dekker gay? A few sources claimed that he is gay and that is why he broke up with his previous girlfriend.

He is 5 feet and 9 inches tall. He weighs 70 kg. He has dark brown hair and hazel eyes.