Best known for his role as Richard Hendricks in the HBO series ‘Silicon Valley’.

Thomas Middleditch is a married person. He has been married to Mollie Gates since August 22, 2015. The pair got engaged in June 2015. His wife is a costume designer.

The couple has not welcomed any children yet. However, in late May 2020, this couple started living separately. 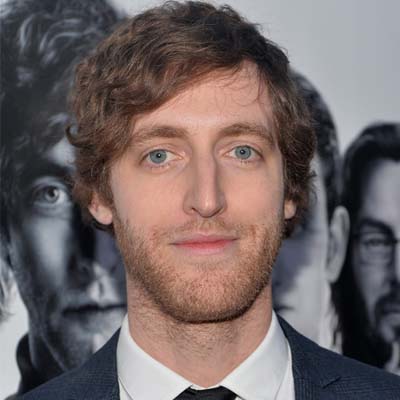 There's all these little bubbles of nerddom.

I'm cool as a cucumber, baby.

I wish I was more industrious, but I don't necessarily have that drive.

Who is Thomas Middleditch?

Thomas Middleditch is a  famous Canadian actor, television writer, and comedian. He is best known for his role as Richard Hendricks in the HBO series ‘Silicon Valley.

He was born on March 10, 1982, in Nelson, British Columbia, Canada. He was born Thomas Steven Middleditch.  The name of his parents is not known but it is known that his parents are of British descent.

He has an older brother but the name has not been shared.

Thomas holds Canadian citizenship and his ethnicity is English.

He was cast in a school play in the eighth grade by his high school drama teacher Kim Wilson. Later, he attended the University of Victoria, and then he moved to Toronto, United States.

There he attended George Brown College but did not attend classes.

Thomas Middleditch used to spend his time making sketches and working at a New Balance store, to sustain himself. Then, he moved to Chicago and worked at The Second City and iO Theater while giving regular performances.

He auditioned for Saturday Night Live but was not cast and helped him land in a network holding deal, so he moved to New York.

On January 30, 2013, it was announced that Thomas has been cast as Richard Hendricks, the lead character in HBO’s Silicon Valley which premiered on April 6, 2014, and has run a total of 5 seasons as of January 2019.

Furthermore, he lent his voice to ‘Captain Underpants: The First Epic Movie’ (2017).

He has an estimated net worth of around $7 million and he has earned that sum of money from his professional career. His salary and other incomes are under review.

Thomas has not been involved in any major rumors and controversies in his personal and professional life.

Thomas Middleditch has blue eyes and brown hair. He has a height of 5 ft. 11 inches and weighs 73 kg. His shoe size, dress size, etc. are not available.