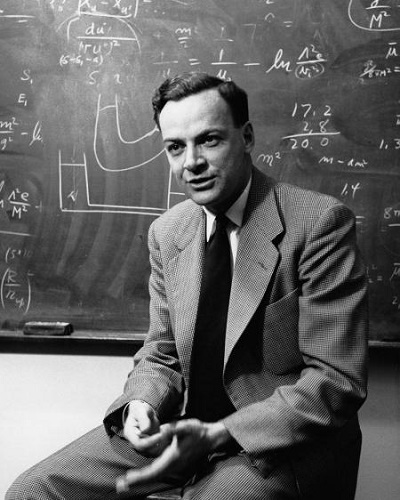 In this session, we will learn about the simple steps as devised by Nobel laureate Richard Feynman.

While learning at older age becomes complex and difficult, mastering any unfamiliar subjects, whether you’re still in school or not, doesn’t have to be so painful.

You can take it from the Nobel Prize-winning physicist, Richard Feynman. He devised a three-step formula that helps you to learn anything not just faster, but on a deeper level as well.

As Shane Parrish explains over at Medium, Richard Feynman also exemplified the difference between “knowing something” and “knowing the name of something“.

And what does that exactly mean? Feynman explained it once in a lecture back in 1966, saying that someone could show you a little golden-breasted bird, and tell you it’s a brown-throated thrush.

“They could tell you it’s called a halzenfugel in German, and the Chinese call it a chung ling. While you could remember these facts,  you’d still know nothing about the actual bird.”

A deep understanding of a new subject is very much crucial; even though you’re just trying to make it through an exam.

So, now get ready to ‘learn how to learn’ from a legit genius using the Feynman Technique.

Get a notebook out, write down the topic you’re learning at the top of the page, and explain it, right from start to finish, as if you were explaining it to a child.

And the key here is that when you’re writing out your explanation for an 8-year-old, you can not hide behind complicated jargon that you don’t actually understand.

“When you write out an idea from start to finish in simple language that a child can understand, you force yourself to understand the concept at a deeper level and simplify relationships and connections between ideas,”

“If you struggle, you have a clear understanding of where you have some gaps.”

Step 2 – Review The Gaps In Your Knowledge

Since you’ve already identified the gaps in your knowledge by now, you can study those specifically, get the answers, and then repeat Step 1. Keep doing this until there are no gaps left at all.

You should have a complete explanation for your new subject by now, that is simple and comprehensive enough that even a kid could follow it. Try to boil this down and simplify it, and then read it out loud; that will help you identify any shaky and unconvincing bits.

You could enlist a real eight-year-old and try explaining it to them. But assuming there’ll be some attention span issues, you could grab one of your friends and try it on them. If they don’t understand something in your explanation or you can’t explain it, then there is another gap in you.

And that’s all there is to the Feynman Technique.

It’s not a quick fix though; you still have to do your study, but if you do it right, you’re guaranteed to have a deep understanding of the subject you’re trying to learn, and it’s not all going to fall out of your head the minute you leave the exam hall.