Tia Maria Torres' life has not been normal since childhood. Tia was raised in the jungles of Sri Lanka and her friends were wolves, horses, specifically animals of every size, shape, and species! 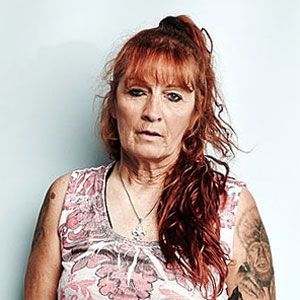 In the City of Second Chances my mission is to rescue... My hope is that one day I won't have to.

Tia Maria Torres is currently married to Aren Marcus Jackson. Their relationship began after they began dating each other in the early 1980s.

Besides that, they have two children together, namely, Maria Torres and Tania Torres. They also adopted twin Hawaiin twins brother- Kanani and Keli’l.

Who is Tia Maria Torres?

Tia Maria Torres is a television personality and reality star who hails from America. She earned a lot of attention and recognition for her appearances in American reality television series, Pit Bulls & Parolees. Also, she is the founder of Villalobos Rescue Center, which gives shelter to pit bulls.

Moreover, she is responsible for carrying out the largest, most successful Pit Bull rescue in the US. Currently, it involves the rescue mission for all dog breeds all over the country.

Talking about her early life, Tia Maria Torres was born on June 11, 1960, in Southern California, U.S.

Unfortunately, she spent her early life not knowing who her biological parents were. So, there is no information about her actual mother, father, and ethnicity. She belongs to American nationality.

Luckily, her stepmother became her caretaker and family. From her childhood days, she developed her fondness for four-legged animals. She used to adopt dogs and stray cats from her neighborhood. Her stepmother supported her activities to help animals.

Tia Maria Torres left her home at the young age of 17 and entirely focused on helping animals.

Despite her fame, there is not much to talk about her education and qualifications. She dedicated her entire time to helping vulnerable animals.

After she had left her home, she decided to help animals as well as troubled people. Later on, with the hope of contributing to aid people, she joined the army.

After she had got out, she met a pit bull named, Tatanka in an animal shelter. She then adopted her and became an integral part of her life.

With her, she founded Villalobos Rescue Center to carry out the biggest pitbull rescue facility and mission all over the US. Likewise, she started obedience classes, medical services, and training seminars to train pit bulls.

Later on, she starred on the reality series Pit Bulls & Parolees airing on Animal Planet in 2009. Afterward, she relocated her foundation to New Orleans, Louisiana.

Moreover, she has accumulated a lot of income from the show and her foundation. Thus, she has a net worth of $300 thousand but her salary is unknown.

Talking about the rumors and controversy, In 2007, her husband Aren Marcus Jackson was arrested in September 2007 in accusation of theft of a vehicle and property and 11 felonies.

Moreover, there were rumors that he was also a drug addict and physically abusive to Tia. However, that rumor is still not confirmed as she is still fighting for her husband’s release from prison.

Tia Maria Torres has an average body structure standing 6 feet and 1 inch (73.2 inches). She has red hair and dark brown eyes. However, there is no information regarding her exact body measurements, shoe size, and dress size.

Let’s find out who is Tia Torres Husband and How is their relationship and married life. Her childhood is going to shock you!