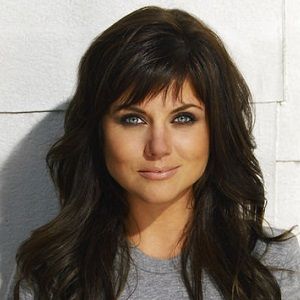 There are too many rotten things in this world, and if I can put a smile on one little girl's face, one little boy's face, then I've done my job.

Tiffani Thiessen is happily married to Brady Smith since July 9, 2005. Brad is also an American actor. The couple is blessed with a daughter Harper Renn Smith and a son Holt Fisher Smith.

Prior to her marriage with Brady, she has had relationships with several persons including, Brian Austin Green, David Strickland, and Richard Ruccolo. Her relationship with Richard was about to turn into marriage but it didn’t.

And as of now, Tiffani is enjoying her married life with her husband and children. And, there are not any rumors about her affairs until now.

Who is Tiffani Thiessen?

Tiffani Thiessen is an American actress and model. She is widely known for her role in Saved by the Bell, Beverly Hills, 90210 and White Collar. Currently, she is the cast of an American television series named as Dinner at Tiffani’s. Also, Tiffani will be seen as a co-star in upcoming Netflix original sitcom Alexa & Katie.

Tiffani-Amber Thiessen was born on January 23, 1974. The couple Robyn Ernest and Frank Thiessen gave birth to Tiffani in Long Beach, California, U.S. Her father was a park designer and landscape artist and her mother was a housekeeper. Todd Thiessen and Schuyler Thiessen are her two siblings. Also, Todd is an actor and he has made appearances in the movies including Hulk, The Cowboy and the Ball, Bella Mafia and several others. Tiffani was raised with her family and has had huge support from her family to pursue her acting and modeling career.

However, she hasn’t shared many of her childhood details and memories with us so far.

As the part of her education career, she is a graduate of Valley Professional High School. In addition, she attended Marshall Junior High School and Cubberley Elementary School. And, quickly after her academic career, she was involved in professional practices.

As the early part of her professional career, she took part in several beauty pageant competitions and also has won some. In 1987, she took part in Miss Junior America and in the following years she was very active in the modeling industry.

However, she made her debut as an actress in 1993. Her first appearances in the movie Son in Law made her come into light. Consequently, she was seen in many successful movies including, From Dusk Till Dawn 2: Texas Blood Money, The Ladies Man, Cyborg Soldier, Hollywood Ending, several others.

Furthermore, she also has featured in the music video for You’re a God. Her modeling career also has been successful since she was able to appear on the cover page of Teen magazine and has several awards under her name.

Currently, she is hosting her own show called Dinner at Tiffani’s. And, she is still active as an actress.

As the result of Tiffani’s outstanding acting and her appreciable modeling, she has several awards and honors under her name.

Furthermore, her acting career has many successes. She got a nomination in Teen Choice Awards, Young Artist Awards, and Tribeca Film Awards.

Tiffani Thiessen: Salary and Net Worth

As regards Tiffani’s salary and net worth, she is very strong person economically. Her net worth is more than $13 Million. However, her involvement in the different profession has made it hard to know about her actual salary.

Recently, there was a rumor about Tifanni’s relationship with Mario Lopez and Mark-Paul Gosselaar while they were working together in Saved by the Bell. The news seems to be pretty accurate since there are other facts suggesting the cast of this very show were dating each other. However, this relationship didn’t last too long.

Also, there was a rumor about a dispute between Tiffani and Jennie Garth. But, Jennie has totally denied those rumors.

And so far, there are not any rumors about her current affairs and personal life.

Tiffani is a beautiful woman with hourglass body. She is 5 feet 5 inches tall and weighs 59 Kg. In addition, her shoe and dress sizes are 7.5 and 4 respectively. And, her breast, waist and hips sizes are 37, 26 and 35 respectively. She has light blue eyes and brown hair. Finally, her bra size is 34C.