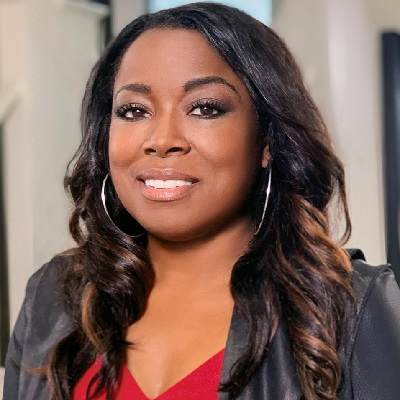 Tiffany Brooks is happily married to Dante Brooks. The couple happens to be the high school lovebirds. But their wedding details are not disclosed.

Together, she and her husband are blessed with a son, Ayden Brooks. Ayden is battling type 1 diabetes.

Currently, she advocates for the nonprofit organization, JDRF.

Who is Tiffany Brooks?

Last, in 2020, she made her appearance in HGTV’s TV Program, Design At Your Door.

Tiffany Brooks was born on 17th June 1979 in Waukegan, Illinois, United States. She is of Jewish-British ethnicity.

Moving towards, she completed her High School education at the North Chicago Community High School. Later, she studied business management and received a real estate broker license in the State of Illinois.

The interior designer is battling type 1 diabetes since his childhood.

After 20 years of battle with diabetes, she suffered from kidney failure. In 2004, she received a kidney from her elder brother, Michael. Whereas she received pancreas from a deceased anonymous organ donor.

After completing college, she started her career in residential property management. At the time, she also staged the model homes. In 2007, she opened an interior design company named, You and Your Decor.

In 2013, she came into the limelight as the cast of Design Star. After the 7 episodes, she became the host of the show. Following that, she made her appearance in the mini-TV series, Most Embarrassing Rooms in America.

Following that, she made featured the shows like Brother Vs. Brother, Brooks & Mortar, and Behind the Build: HGTV Smart Home 2018. As an interior designer, her works are featured in various magazines like Essence, Uptown, Chicago (Interiors) Luxury, and HGTV magazines.

Recently, in 2020, she featured the TV series, Design at Your Door.

Tiffany Brooks has black eyes with brunette hair. She stands at a decent height and an average weight. However, details on her body stats are not available.

To date, she has not been involved in any sort of controversy and scandals that created headlines in the media. Also, she managed to maintain distance from any type of rumors.