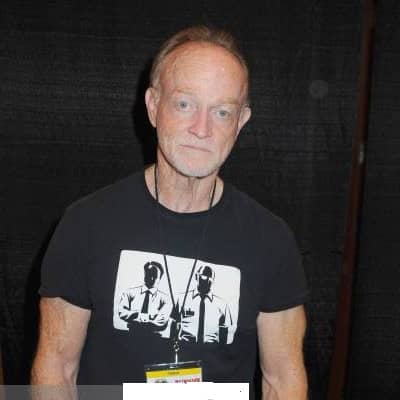 What is the relationship of Tim Dezarn?

Tim Dezarn’s marital status is married. He is married to Janine deZan in October 1996. However, the detailed information about his wife and wedding is unknown.

Also, the couple together had a daughter named Emma Dezarn. They have a son named Travis Dezarn who was killed in an auto accident on March 11, 2007, at the age of 18 years old.

Who is Tim Dezarn?

Tim Dezarn is an American film and television actor by profession. He rose to fame after appearing in Spider-Man in 2002 portraying the role of Mary Jane Watson’s father Philip Watson.

Tim was born in Cincinnati, Ohio, the United States on July 11, 1952. He is of American citizenship and belongs of Caucasian descent.

Tim hasn’t yet disclosed details of his father, mother, and siblings to the public.

Talking about his academic background, he studied at Archbishop McNicholas High School, a Catholic School in Anderson Township, Ohio. Then, he later joined Xavier University.

Tim began his acting career at the age of 25 however, he never shared his earlier career. In 1986, he made his debut role on the television series, The Equalizer portraying the role of Stoller.

After two years, he landed the film role as an officer in the 1989 action-comedy, Three Fugitives. In 1995, he played the recurring character George Putnam in season two of NYPD Blue.

Currently, he is starring in the horror film, Wrong Turn in the role of Nate Roades alongside Charlotte Vega, Bill Sage, Emma Dumont, and Daisy Head. The film was theatrically released by Saban Films on January 26, 2021.

Some of his creditable film and television series are,

Tim has managed to maintain his clean image to the public. As of now, he hasn’t been involved in any sorts of controversial acts and disputes that might hamper his professional life and personal life.

Tim earned a decent amount of fortune throughout his successful career as an actor. As per other online sources, he has an estimated net worth in the range of $1 million to $5 million.

Furthermore, his exact salary, yearly income, and real estate are still under review.

The detailed information regarding his body measurement including height, and weight is not available at the moment. Furthermore, he has grey hair color with green pair of eyes.