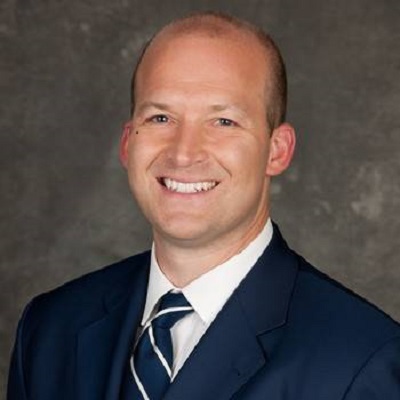 A miscommunication. When you are backed up like that you have a sense of urgency to secure the football.

What is the relationship of Tim Hasselbeck?

Tim Hasselbeck is married to Elisabeth Hasselbeck. His wife is a TV personality renowned for the series, Survivor.

The couple happens to college lovebirds who ended up marrying each other. The wedding took place on the 6th of July 2002.

Who is Tim Hasselbeck?

Tim Hasselbeck is a former football quarterback and sports analyst. He is renowned for his offensive playing style as a quarterback.

Currently, he is associated with ESPN as a sports analyst.

Tim Hasselbeck was born on the 6th of April 1978 in Norfolk, Massachusetts to Don and Mary Beth Hasselbeck. As of 2021, he is 43 years old. His birth name is Timothy Thomas “Tim” Hasselbeck. He is of British-Irish ethnicity.

His father, Don Hasselbeck is also a former football player. Last, he played for New York Giants in 1985.

He is the second among his two siblings; Matt Hasselbeck and Nathanael Hasselbeck. His elder brother, Matt is an NFL quarterback whereas his younger brother, Nathanael plays as a defensive back.

He completed his senior year of High School with 1970 yards and 21 touchdowns. The year, he was also named as the player of the year.

After that, in 1969,  he joined Boston College. Also, he started playing on the college’s Football team in Boston like his elder brother, Matt. At the time, Matt was a starting quarterback for the team.

In his freshman year, he played in a special team unit at ended the season with two tackles. The following season, he completed nine out of 12 passes for 140 yards and two touchdowns.

In his junior year, he became the starting quarterback of the team. He completed the season with 145 of 260 passes for 1,940 yards. Also, he had 11 touchdowns. On the 26th of November 1999, he created the record for the longest touchdown pass in college history at a game against Virginia Tech.

The year, he went through abdominal/groin surgery too. Hence, he missed the 2000 Spring Practice Session.

In 2000, Tim Hasselbeck started his career with Buffalo Bills as an Undrafted Free Agent. The following year, he played for Buffalo Bills and Baltimore Ravens.

In 2002, he was traded to Philadelphia Eagles as a free agent. The team, he played on a practice squad. In 2003, he signed with the Washington Redskins.

For Redskins, he played two seasons as a backup quarterback. Later, he became the starting lineup for the team.

He debuted as an announcer for Arizona Cardinals-Baltimore Ravens game for NFL on Fox TV. In 2010, he appeared on the show, Mike & Mike as a co-host and ESPN NFL Analyst.

Apart from that, as an ESPN analyst, he made his appearance in the shows like Golic and Wingo, Get Up, and Sportscenter. Last, in 2020, he appeared in the TV series, NFL Live.

Talking about the net worth, he is not only the millionaire in the family. His wife, Elisabeth has an estimated net worth of $20 million.

The couple has a house located in Belle Meade, Nashville worth $2 million. They brought the house back in July 2016.

To date, he has managed to maintain his divinity as a sports analyst. To date, he has not been through any sort of controversy and scandals that created headlines in the media.

Also, he has stayed far from any kind of rumors too.

Tim Hasselbeck is blue-eyed and has light brown hair. He stands at a height of 6 feet 1 inch and weighs around 97 kg.

Talking about his appearance, he has a sharp look with a long facial structure. Also, he prefers to be clean-shaved.

You may also read the bio of Cris Carter, Stacy Sanches, and Khadijah Haqq McCray.

American TV host Elisabeth Hasselbeck’s struggles with her celiac disease! Know how she self-diagnosed her autoimmune disease and conquered it with her gluten-free diet!