Well-known for his portrayals of the smooth-talking Eric “Otter” Stratton in the comedy film National Lampoon’s Animal House (1978). 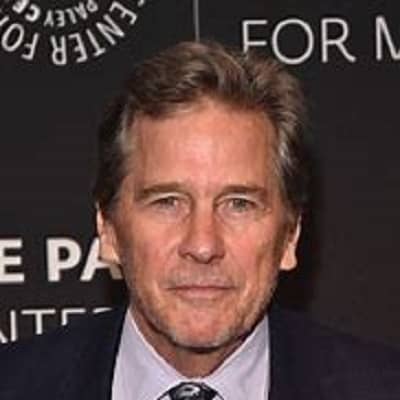 Acting requires emotional flexibility and demands, and directing is more cerebral and managerial and a tactical kind of thing

Tim is a married man. His wife’s name is Elizabeth Marighetto in March 2018.

The lovely couple lives together in Hollywood, California.

Previously, he was married to actress Jennifer Leak from 1968 to 1971.

After the divorce, he married Megan Murphy Matheson and he had all three children, they divorced in 2010.

Who is Tim Matheson?

Further, he is well-known for his portrayals of the smooth-talking Eric “Otter” Stratton in the comedy film National Lampoon’s Animal House (1978).

In addition, he has also earned 2 Primetime Emmy Award nominations for Outstanding Guest Actor in a Drama Series.

He was born on December 31, 1947, in Glendale, California, U.S. His ethnicity is Caucasian and holds an American nationality.

Talking about his parents, he is the son of Sally( mother) and a father named Clifford Matthieson, a training pilot.

This actor is graduated from California State University, Northridge, California.

Initially, at the age of 13 years old, he started his first debut on the comedy TV series ‘Window on Main Street’ playing the character ‘Roddy Miller’. Then, for two years he followed it up with small parts in comedies like ‘Leave It to Beaver’ and ‘My Three Sons.

After that, he lent his voice to the main character ‘Jonny Quest’ in the super hit Hanna-Barbara children’s animated TV series of the same name in 1964. Then, he played many more voiceover roles followed, mostly in other Hanna- Barbara animated series like’ Sinbad Jr. and his Magic Belt’ and Space Ghost.’

In 1969, he joined the cast of NBC’s television western The Virginian and his guest role in the 14th episode of the second of Night Gallery. He also appeared in the CBS situation comedy, My Three Sons.

This actor has appeared in the film To Be or Not to Be (1983) starring Mel Brooks and Anne Bancroft. Likewise, he starred in the comedy films Up the Creek (1984) and Fletch (1985).

He is a multitalented person who is working in different sectors so that, he has earned a good sum of money through his profession.

Therefore, he has an estimated net worth of $7 Million.

Tim has a decent height is of 6 feet 2 inches and his weight is 75 kg.

His hair color is dark brown and his eye color is Blue.