Previously, he was in a short term relationship with the Basketball Wives’ reality star, Jennifer Williams.

They started dating after William’s mother’s death. They broke up each other in September 2017.

Before that, he was engaged to Jenae Wallick. His ex-fiancee, Wallick used to work for his family restaurant, Sweetie Pie. In 2014, they separated from each other. Together, they have a son, TJ. The relationship ended at very bitter notes.

Also, the former couple has co-parenting issues with each other. Often, they became the headlines of the media due to the reason. 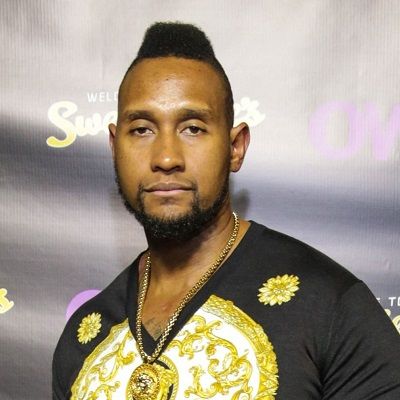 Who is Tim Norman?

Tim Norman was born on the 13th of July 1979 in Missouri, United States. He is of Mixed (British, Irish, Scottish, and Dutch) ethnicity.

His mother, Robbie Montgomery is a soul singer and restaurateur. To date, he has not shared any details about his father.

He had a step-brother, Andre Montgomery from his mother with the singer, Art Lassiter. In 1995, Montgomery passed away.

Tim Norman has troubled late teen days. In an armed robbery case, he served ten years prison sentence. After being released from jail, he started a family “restaurant” business, Sweetie Pie with his mother.

His professional career also started growing along with the restaurant business. In 2012, he took the management of Sweetie Pie at Mangrove.

Also, he became a well-known TV personality with the series, Welcome to Sweetie Pie along with his family. The shows aired on the Oprah Winfrey Network on the 15th of October 2011. After the 9th season, the show ended on the 9th of June 2018.

Besides that, he also makes through restaurants that he runs along with his mother.

Tim Norman has black eyes with black hair. He stands at a height of 6 feet and weighs around 75 kg. Also, he wears the shoes of size 8.5 (US).

Currently, Tim is accused of conspiring the murder of his nephew, Andre Montgomery Jr. along with an exotic dancer, Terica Ellis. The TV personality was arrested from his residence in Jackson, Mississipi.

The police investigation led to the dancer, Memphis-based dancer, Ellis. She initially contacted Andre via Instagram. Later, they started talking through emails. In one of her emails, she mentioned visiting St. Louis. Three days after that, Tim was there St. Louis staying at the Chase Park Plaza Hotel.

On the 14th of March 2016, Ellis contacted Andre for his location. Later, Andre sent her the location of the house: 3964 Natural Bridge Ave. After the text, the phone records shows that she contacted Tim. The same night at 8.02 pm, Andre was shot in the house.

The police are suspecting that Ellis was in the murder spot. One minute later at 8.03 pm, she called Tim.

Two years before the murder, Andre took a life insurance policy with $450 Thousand. Also, he happens to be the sole nominee of the policy. On the 21st of March 2016, he called the bank for policy amount. However, he never got the money as he didn’t have all the necessary documents required.

Currently, the St. Louis Police and the FBI are investigating the murder mystery.

He is also going through the business issues along with his mother regarding the finances in their family restaurant, Sweetie Pie. His mother, Robbie sued him when he opened a restaurant outlet under the brand, Sweetie Pie without her permission.

He also has a self-titled YouTube channel with the name, TimNormanTV.

You may also read the bio of Nicole TV, Justine Simmons, and Shaun Phillips.