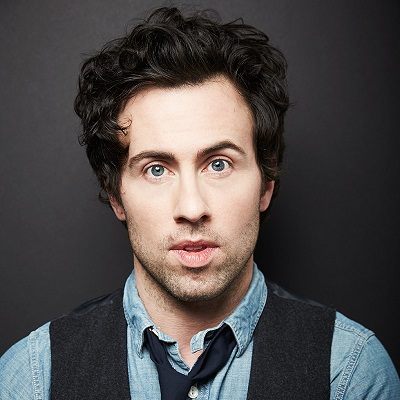 Tim Rock is married to Aimee Carrero. Aimee is an actress by profession and is renowned for contributing voice to the character, Elena for the series, Elena of Avalor.

Currently, he is leading a happy married life with no rumors of getting separated.

Who is Tim Rock?

American Tim Rock is an actor, producer, and writer. He is renowned as Doug of House M.D. and Pizza Man of Lightning Face.

Last, in 2020, he appeared in the series, American Housewife as a waiter. Next, in 2020, he will be appearing in the movie, Big Gold Brick as a lawyer.

Tim Rock was born on the 2nd of May 1981 in the United States. Rock is of British-Germanic ethnicity.

Till the date, he has not shared any details on his family background including father and mother. However, he often shares pictures of her elder sister, Ctroen via Instagram.

In 2002, Tim Rock made his movie debut with the movie, Bunny Burzynski. In the movie, he appeared in a supporting character like Tom and Jesse. Before starting his movie career, he started his career as a theater artist.

In 2003, he featured the short movie, Focus Room as David. Moving forward, he appeared in the movies like Yesterday’s Not Tomorrow, and Blue Boy. After such a movie, he explored his career in the TV industry.

Some of his TV series include House M.D., Flashforward, Supermoms, and House of Lies. However, his characters in the series were limited to the single episodes only. Apart from movies and series, he has also been part of the shorts like Ticky Tacky, Trumped, and Lightning Face.

Besides acting, he has also contributed a script to the series, Mental Cases. Also, he is associated with the short movie, Ticky Tacky as an executive producer.

Talking about net worth, his wife, Aimee has an estimated net worth of $5 million.

Tim Rock has blue eyes with black hair. He has a decent height and an average weight. However, details on his body stats are not available.

Talking about his appearance, he has a charming personality and an oval-shaped facial structure. Also, he prefers to be clean shaved.

Till the date, he has managed to maintain his career as an actor. As of now, he has not been through any sort of controversy and scandals that created a buzz in the media.

Besides that, he has maintained a distance from any type of rumors too.

You may also read the bio of Max Walker, Callan Potter, and John Finn.