Tim Roth is a famous American actor and director.

Tim Roth is a married person. He has been married to his girlfriend Nikki Butler since January 25, 1993. The pair have welcomed two sons: Timothy Hunter Roth in 1995 and Michael Cormac Roth in 1996. The pair is currently residing together with no rumors of extramarital affairs.

Previously, he was in a relationship with Lori Baker in the early 1980s and he welcomed a son named Jack Roth on September 1, 1984, with Lori. Their son is also an actor. The reason behind the pair’s separation is still unknown. 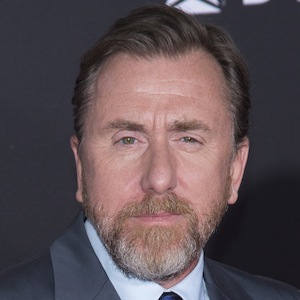 I've never really played a goody in the traditional sense. Anyway, I don't think that I look the part of a heroic character, especially not in Hollywood, so they never really come up. On a childish level, villains are just more fun.

I remember watching Sex Pistols on TV when I came home from school - I think it was Johnny Rotten and Siouxsie Sioux from the Banshees - and they started swearing and the guy interviewing them got fired for provoking them. It was a wonderful time. It was like saying, 'Ugly is beautiful, everything you're taught us is wrong.'

Every film you make as an actor, it's not yours, it's the director's.

Who is Tim Roth?

Tim Roth is a famous American actor and director who is best known for his role as Mayron in the film ‘The Hit’ in 1984. Also, he is recognized for his performances in ‘The Cook, the Thief, His Wife & Her Lover’ in 1989, and ‘Rosencrantz & Guildenstern Are Dead’ in 1990.

He was born on May 14, 1961, in Dulwich, London, England. His birth name is Timothy Simon Roth and he is currently 58 years old. His father’s name is Ernie and his mother’s name is Ann. Tim’s father was a Fleet Street journalist, painter, and member of the British Communist Party until the 1970s whereas his mother was a painter and teacher. His father changed his surname from Smith to Roth in 1940.

Tim holds British citizenship but his ethnicity is a mix of British and Irish.

He attended school in Lambeth and later switched to Croydon Technical School due to bullying. After that, he attended the Strand School in Tulse Hill and then joined London’s Camberwell College of Arts.

Initially, he wanted to become a sculptor but he changed his mind later and began acting at the age of 21. He moved to Los Angeles and got attention from the director Quentin Tarantino. His debut role was in the film ‘Made in Britain’ as Trevor in 1982 and then appeared in ‘King of the Ghetto’ in 1986.

He has an estimated net worth of around $7 million and he has earned that sum of money from his professional career. Being an actor plus director, Tim has appeared in many movies. His professional success has helped him to grab fame and fortune.

During the press meeting of ‘The War Zone’ in 1999, he revealed that he is a survivor of sexual abuse and shared that the abuse started from his childhood till his early years.

But, in December 2016, he shared his perpetrator was actually his paternal grandfather who has assaulted his own father when he was a child.

Tim Roth has a height of 5 ft. 7 inches, the weight of 66kg and he has green eyes with light brown hair. But, other information regarding his shoe size, dress size, etc. are not available.