Tim Russ is an American actor, screenwriter, and musician.

Heading towards his relationship status, he is possibly single. He has not been opened up on any social sites and has not revealed whether he is married or not. 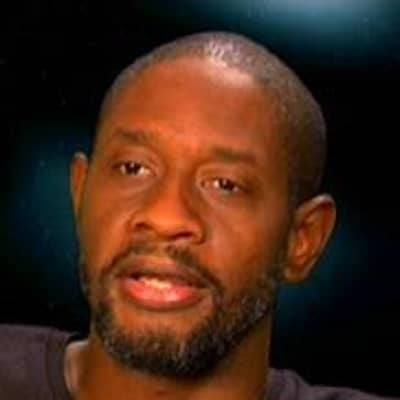 Who is Tim Russ?

Tim Russ is an American actor, screenwriter, and musician. Further, he is popular for his role as Lieutenant Commander Tuvok on Star Trek: Voyager, Robert Johnson in Crossroads (1986), and East of Hope Street (1998), Frank on Samantha Who?

In addition, he has a recurring character on the Nickelodeon live-action teen sitcom iCarly, and D.C. Montana on The Highwaymen (1987-1988).

His nationality is American and belongs to mixed ethnicity.

Talking about his parent’s details, his father is a U.S. Air Force officer father and his mother is a state government employee. He grew up in Turkey with his family.

In 1974, he graduated from Rome Free Academy. Then, he attended St. Edward’s University where he earned a degree in theater arts.

Later, he enrolled at Illinois State University where he was inducted into its Hall of fame.

Primarily, he appeared in The Twilight Zone episode “Kentucky Rye” as Officer #2. Likewise, he made a brief appearance in the comedy movie Space balls as the trooper who shouts “We ain’t found Shit! While combing the desert with an afro comb.

Similarly, he co-wrote the story for the Malibu Comics Star Trek: Deep Space Nine #29 and 30, with Mark Paniccia. Then, he has performed voice acting roles as Tuvok for the computer games Star Trek: Voyager-Elite Force and Star Trek: Elite Force II.

In 1990, he performed in an episode of Freddy’s Nightmares. He directed and co-starred in Star Trek: Renegades, and in both 2013 and 2014, he played the role of the voice of Tuvok in the MMO Star Trek Online.

Furthermore, he portrayed the role of doctor on an episode of Hannah Montana, “I AM Hannah, Hear Me, Croak.”

Later, he won an Emmy Award in 2014 for public service ads he did for the FBI’s Los Angeles Field Office on Intellectual Property theft.

He has an estimated net worth of $6 Million. He earned his income through his profession.

His height is 5 feet 11 inches tall and has not been mentioned at the moment.

Moreover, he has black eyes and a fair complexion. His hair color is black.