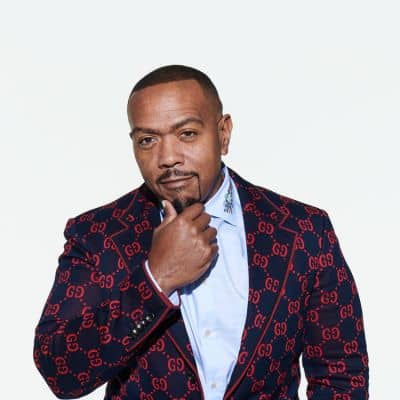 My first love is producing

Good production is like a beautiful marriage. It makes a happy home

I'm weird, i do crazy things, it's not like the average norm.

Is Timbaland is dating anyone?

Timbaland is possibly single and not dating anyone. Maybe, Timbaland is waiting for his love of life.

Timbaland was married to Monique Idlett, an American business executive. The couple married on June, 2008 in Virginia Beach, United States. However, after 5 years the couple divorced in 2013. Besides that, the couple has 3 children’s, Demetrius Mosley, Frankie Mosley, and Reign Mosley.

Timbaland is an American record producer, rapper, singer, and songwriter. Timbaland is famous for the music department of Doctor Dolittle (1998), Romeo Must Die (2000), and Lara Croft: Tomb Raider (2001).

He is the composer of Jones (Biography) which is in pre-production.

Timbaland was born on 10th March 1972 in Norfolk, Virginia, U.S. His full name is Timothy Zachery Mosley. He is the oldest son of Garland and Latrice Mosley.

Moving towards his educational background, he graduated from Salem High School, located in Virginia Beach, Virginia.

Timbaland debuted as Composer in Ginuwine: Pony (Music Video) in 1996. In the following year, he
composes Ginuwine: Pony (Ride It Mix) Music Video. Besides that, he produces Jay-Z Feat. UGK: Big
Pimpin’ (Music video) in 2000.

Timbaland: Net Worth and Salary

As of 2022, Timbaland has a net worth of $85 million. His annual income is around $163k to 750k. Besides that, he is living his life lavishly in his own house and owned silver colored Rolls Royce Phantom car.

There is a rumor that Timbaland was sexually attracted to Aaliyah when they first met. Furthermore, there is a controversy that, he was accused of plagiarism in Kernel Records. Moreover, Kernel Records has a filed a lawsuit also.

Timbaland stands at the height of 5 feet 7 inches with a 90 kg weight. Besides that, he has black pair of eyes with black oval stylish hair and has a black mustache over his cheek and chin.