Timothy Busfield is an Emmy-award winning American actor, director, producer. Timothy is married to Melissa Gilbert since 2013. The couple has three children. 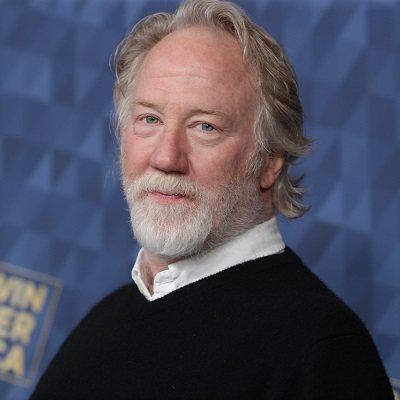 I'm not a fan of living in L.A. when I'm not working there.

Being cool is not exactly at the top of my list.

I was a pitcher, played third base, shortstop. I was good at all the positions and great at none. All it takes is a .111 lifetime batting average to make you go into acting.

Timothy Busfield is married to the actress, Melissa Gilbert. They got engaged in January 2013 during their holidays. Later, the couple tied their knot on the 24th of April 2013 in a very private ceremony.

The wedding took place at San Ysidro Ranch in Santa Barbara, California. Currently, the couple resides in New York City. Prior to that, the couple was living in Howell, Michigan.

Before this, Timothy was married to Jennifer Merwin on the 11th of September 1998. Together, the former couple has two children including a daughter, Daisy, and a son, Samuel. However, they filed for divorce in 2007. Eventually, they got divorced in 2008.

Who is Timothy Busfield?

American Timothy Busfield is Primetime Emmy Awards winning-actor, director, and producer. He is renowned as Danny Concannon of The West Wing.

Next, he will be appearing in the TV series, Thirtysomething(else) as Pilot. As of now, the series is the stage of pre-production.

Timothy Busfield was born as Timothy Clark Busfield on the 12th of June 1957 in Lansing, Michigan, USA.

He has three siblings, Buck, Julia, and Terry. Buck is the co-founder of the B Street Theatre in Sacramento.

At the age of 18, he landed his first role in the theater with Shakespeare’s play, A Midsummer Night’s Dream. Moving forward, he traveled to Europe, Israel, and New York for his theater plays.

In 1981, Timothy Busfield debut in the movies with the movie, Stripes. In the comedy based movie, he appeared in a minor role of the soldier with mortar.

After the movies, he started making an appearance in the TV series in some minor roles. Some of his initial TV series include Trapper John, M.D., Family Ties, and Matlock. In the time, he also featured in Thirtysomething which is also a milestone in his career.

In the meantime, he also featured in TV movies too. Tracey Takes On…, Buffalo Soldiers and Dream House are some of his TV movies in his Initial career days.

Apart from series and TV movies, he has also been part of the big-budget movies. Some of them including the year and his character name is-

Besides being an amazing actor, she is also famous for his production and direction works. In the early ’90s, he expanded his career as a director with the series, Thirtysomething.

He directed three episodes of the series. However, he started pursuing his career as a director in early 2000. At the same time, he was also starting his production career. Some of his projects as a director include The Conners, Designated Survivor, and Tenure.

Altogether, he has featured nine different projects as a producer. In 2002, he debuted as a supervising producer of the TV series, Ed.

Moving forward, he was associated with the series including Mind Games, Lipstick Jungle, and Without a Trace. Last, in 2019, he produced the drama, Guest Artist.

Apart from the TV and movies, the actor also has a very deep relationship with theater and stage plays as an artist and director. He started his career as an actor in the late ’70s with The Green Mountain Guild Theater. Moving forward, he even worked to Broadway too.

Till the date, he is linked with theatre as an artist and director. Last, in 207, he appeared in the play, 24-hour plays in Minneapolis.

Also, he earns through his production works too.

In 2019, Timothy was involved in the controversy of the sexual battery. At the time, he went to ArcLight theaters in Sherman Oaks Wednesday night for a movie date.

However, the date didn’t well for the actor. The woman accused him of the sexual battery.

Timothy Busfield has blue eyes with light hair. His height is 5 feet 10 inches and weighs around 72 kg.