He has served as Chief Executive of Defence Estates and serves as Chairman of the English Heritage Trust.

Married to a real princess!

Timothy Laurence is happily married to Princess Anne Elizabeth Alice Louise. They got married on December 12, 1992, in the Church of Scotland.

It was Princess Anne Second marriage, her first husband was Captain Mark Philips.

However, Laurence has no children with Anne. 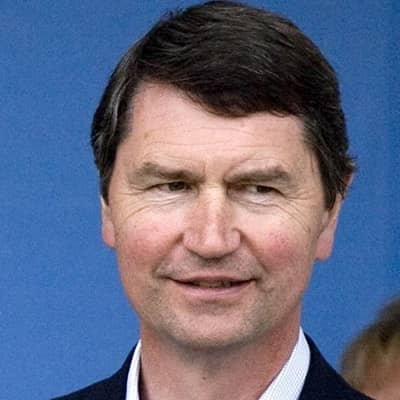 Compassion literally means "to suffer together." It's not meant to be easy. It's work. The work of love.

Who is Timothy Laurence?

Timothy Laurence is a retired Royal Navy officer. He has served as Chief Executive of Defence Estates and serves as Chairman of the English Heritage Trust.

Likewise, he was vice-chairman of the commonwealth war graves commission.

Laurence was born on March 1, 1955, in Camberwell, London, England. He is the son of Commander Guy Stewart Laurence, RN, and Barbara Alison Laurence. His older brother’s name is Jonathan Dobree Laurence. He belongs to British ethnicity.

Likewise, he was educated at The New Beacon Preparatory School and graduated from the University of Durham where he received a Bachelor in Science degree. In his college, he was captain of the cricket team.

In 1979, he served on the minesweeper HMS Pollington. From 18980 to 1982 he served as Navigating Officer of the destroyer HMS Sheffield.

Similarly, he was promoted to Lieutenant commander in 1985, likewise, in December 1988 he became a commander. In October 1989, Laurence was posted to the new frigate HMS boxer.

Laurence hiked to captain in 1995 on 30 June. Similarly, in May 1996, he was appointed as a commanding officer of the frigate HMS Montrose in the caption of the 6th frigate squadron.

In June 1998, he was a member of the implementation team on promotion to a commodore for the 1988 strategic Defence review.

From January 1999, he wrote a paper on the relationship between humanitarian assistance and peacekeeping. On 15 June 1999, Laurence posted to the Joint Service Command and Staff College as a commodore as assistant commandant.

5 July 2004, Laurence promoted to rear admiral and promoted to vice-admiral on 30 April 2007. Likewise, in July 2009 he became head of profession for the British Government’s property asset management community.

However, In August 2010 Laurence retired from the navy. Until 2014 he was on the Board of the project management company and he was a senior Military Adviser to PA Consulting until 2015.

Since April 2015 he became chairman of the English Heritage Trust. Until June 30, 2019, he was vice-chairman of the commonwealth war graves commission.

His salary is un-known but the Royal navy salary is estimated to be $41 thousand (USD).

Timothy has brown eyes and Black hair. His height and weight are not available. His body measurement is also unknown.

In 1989, Timothy Laurence was having affair with the Queen’s Equerry. They were having a secret love affair but soon after the news broke that he was seeing Princess Anne.

But Princess Anne had been married to Captain Mark Philips but it said to be an unhappy marriage.

As he is related to Royal families, He is not active in social media.

But we can find some videos of him on Youtube about his daily lifestyle and on other websites.

You may also like to read Prince Andrew, Robert Fry, and Robert Fry.

Tags : Companion of the order of the Bath Royal Navy War Graves Commission