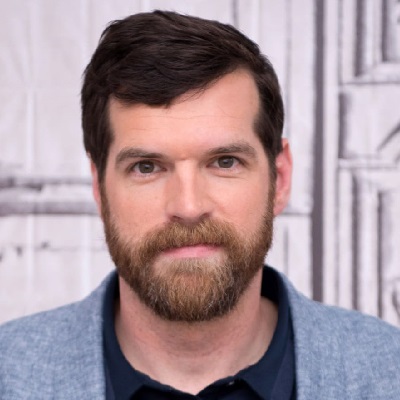 ''It's much harder to get a job if nobody wants you around. ''Reed Scott is really good at coming up with insults.'' ''I grew up in Maine working at a video store and found myself being pulled more and more to on-camera stuff.'' ''I've done a pretty good job of curating a twitter feed that doesnot make me hate the world.''

Timothy is married to his wife Annie Simons, who was an assistant director for movie Hannah Montana. The duo got married on June 7, 2008. They have twins born on December 2011, one girl (Hopper) and one boy (Marty).

His family is considered to be one of the inspiring ones as they have been able to withstand the pressure of life in the entertainment industry.

Who is Timothy Simons?

American actor and comedian Timothy Simons is best known for his role as Jonah Ryan on the HBO tv series Veep, a political satire comedy series, for which he has received three nominations for the Screen Actors Guild Award for Outstanding Performance by an Ensemble in a Comedy series.

Timothy was born to Susan and Ron Simons on June 12, 1978. He was born and raised in Readfield, Maine, US. His siblings are Don Simon (brother), who is a musician and Lacy Simons (sister), who runs Hello Hello Books in Rockland. He graduated from Maranacook High School in 1996.

As a teenager, he used to work at a video store. In 2001, after he graduated from the University of Maine in the degree of faculty ME. In addition, he studied at prestigious upright citizens Brigade in 2009.

He performed at a theater in Monmouth and also at children’s theater in Kentucky. In 2002, he moved to Chicago and settled there. He fell in love with city’s independent theater scene and played minor roles in various plays at theaters there.

Timothy is getting good payments currently which is boosting his net worth. His net worth is estimated to be $2 million.

You may also like to read about career, net worth, body measurements of Chai Romruen, Melissa Reeves, Elizabeth Gillies.