Is Tina Desai Single or Dating?

Tina Desai is currently single and is not dating anyone. There is no info about her past as well as present relationships. Rather, Desai seems to be busy focusing on her. 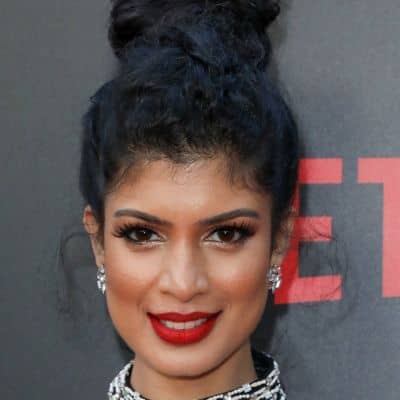 Who is Tina Desai?

Tina Desai is a famous Indian actress and model, who works especially in both Indian as well as international projects.

She is best known for her work in Bolly movies like ‘Yeh Fassley’ in 2011, and ‘Sharafat Gayi Tel lene’ in 2015, before making her international debut in the British comedy-drama, ‘The Best Exotic Marigold Hotel’ in 2011.

Tina Desai was born in Bangalore, Karnataka, India on 24 February 1987. Desai is 35 years old as of 2022 and holds an Indian nationality. Pisces is her birth zodiac sign according to the astrologers.

She was born to a Hindu Gujarati father and a Telugu Hindu Mother, so, Desai belongs to mixed ethnicity.

There is no further info about her parents and siblings.

Tina Desai debuted her career as a model and has worked in over 150 commercials and print campaigns. She was a contestant in the Indian reality television show, ‘Get Gorgeous.’ Her participation gained her a contract with Elite Model India management.

In the same year, she was able to book her lead role as Kala Dandekar in the American science fiction drama, ‘Sense8’ created by The Wachowskis and J. Michael Straczynski. In 2012, she was featured in the Kingfisher Swimsuit Calendar and appeared in a recurring role in the Indian thriller movie, ‘Table No. 21’ in which she starred opposite Rajeev Khandelwal.

She then played along with singer, KK in the romantic song, ‘Yeh Kahan Mil Gaye Hum.’  Desai is also a voice actor, who has given her voice to the character of Ashima, in the animated movie, Thomas & Friends: The Great Race in 2016 and 2018. She was cast as Jenny in Hotstar’s short movie, ‘Good Luck’ by Sujoy Ghosh in April 2018.

She appeared in the web series, ‘Mumbai Diaries 26/11’ that aired on Amazon Prime. Nikhil Advani is the director of the series, made under the production by Emmay Entertainment.

Likewise, in 2022, she portrayed the role of Sophie in the Bollywood Dark-comedy web series, ‘Bloody Brothers’ which aired on 18 March 2022 on Zee5.

Tina Desai has an accumulated net worth of around 8.5 million USD. As a person’s salary changes from time to time, the precise salary and income of Desai are still under review.

Maintaining a low profile Tina Desai stays away from unnecessary limelights and gossip. That’s why there are not any rumors and controversies spread relating to her.

Tina Desai has a slim body standing at the height of 5 feet 5 inches. She weighs around 56 kg and the measurements of her body are 32-24-34 which indicates, that her bust size is 32 inches, waist size is 24 inches and hips size is 34 inches.

Moreover, Desai has a pair of brown eyes and black-colored hair.

Tina Desai is a social media personality who is active on Instagram under the username, @desaitina with more than 350 K followers. She also has a Twitter account which is enriched with over 106.4 K followers.

Additionally, there is an official Facebook page under her name, Tina Desai which is able to garner a number of followers.