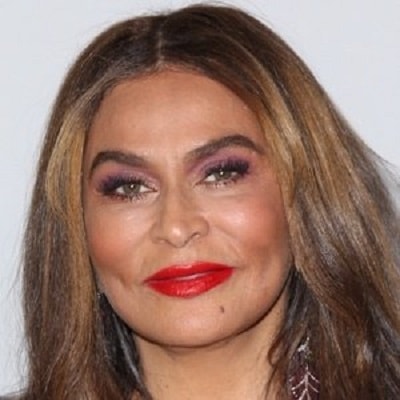 Tina Knowles is a married woman. She is currently married to Richard Lawson, an American actor on 12 April 2015. She is a stepmother of actress Bianca Lawson.

Previously, she married Mathew Knowles, an American record executive, talent manager, and businessman on 5 January 1980. The couple is blessed with two children- daughter Beyoncé Giselle Knowles (aka Beyoncé) on September 4, 1981, and daughter Solange Piaget Knowles (aka Solange) on June 24, 1986.

In 2009, she filed for divorce citing “discord or conflict of personalities” which prevented them from “reasonable expectation of reconciliation” as the reason which was finalized on 11 November 2011.

Tina Knowles is now a grandmother to four grandchildren: Blue Ivy and Rumi Carter and grandsons are Daniel Julez J. Smith, Jr. and Sir Carter. Moreover, she is the mother in law of rapper Jay Z, Alan Ferguson and ex-mother-in-law of Daniel Smith.

Who is Tina Knowles?

Tina Knowles is an American businesswoman and fashion designer who is known for her House of Deréon and Miss Tina by Tina Knowles fashion brands. In addition, she is known as the mother of both singers Beyoncé and Solange Knowles.

Her brothers are Lumis Joseph, Melvin Marsh Jr., and sisters are Selena and Flo. Her family is a descendant of Acadian leader Joseph Broussard and her ancestry is Louisiana Creole of color.

She was a part of a singing group called The Veltones during her high school. But, she has not disclosed much about her college and university.

She started her career at the age of 19. She started to work as a makeup artist for Shiseido after she went to California but soon returned when her parents fell ill. After that, she began working as a dance choreographer for UAB in Birmingham and later worked as a beautician until 1990.

Then, she opened her own salon Headliners in Houston and became one of the most successful and famous hair salons in entire Houston.

Tina Knowles presented herself as a designer for the group when her daughter Beyoncé became a member of rising band Destiny’s Child. Initially, she created outfits for the members which they wore onstage because money was limited.

In 2002, her book Destiny’s Style: Bootylicious Fashion, Beauty and Lifestyle Secrets From Destiny’s Child was published in 2002. After two years, she along with Beyoncé, she launched the clothing line House of Deréon. Also, they collaborated once again to open the Beyoncé Cosmetology Center in early 2010.

It seems Tina has not been awarded and nominated for her work till date.

She has an estimated net worth of around $20 million and she has earned that sum of money from her professional career. Her salary and other incomes are not disclosed.

Her superstar daughter Beyonce has a net worth of $440 million.

Tina does not like to harm other persons and has not been involved in any rumors and controversies in her personal and professional life.

Tina Knowles has a height of 5ft. 7 inches and a weight of 60 kg. She has hazel eyes and dark brown hair. But, her shoe size, dress size, etc. are not available.