Tina Kunakey is a French model. She is married to Vincent Cassel and blessed with a baby girl. They named her Amazonie Cassel. 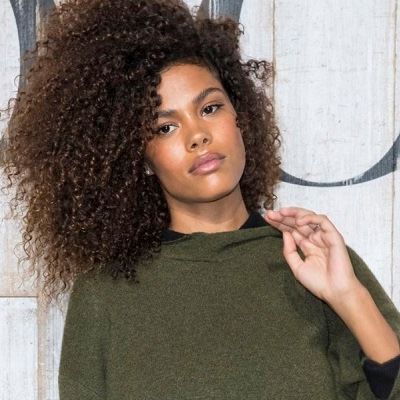 Tina Kunakey started dating French actor Vincent Cassel in 2015 and made their relationship public via Instagram. Vincent is 31 years older than Tina.

Describing her relationship she said that they were just two people who found themselves at the same place and at the same time and were immediately attracted to each other.

They tied the knot on August 24, 2018. She was expecting her first child with Vincent which was announced in January 2019.

Then, this couple was blessed with a baby girl. They named her Amazonie Cassel.

Who is Tina Kunakey?

Tina Kunakey is a French model and wife of the French actor, Vincent Cassel. Likewise, she appeared in local commercials and shot for brands such as Roxy and Quicksilver before moving to Madrid.

In Madrid, she signed up with the Spanish modeling agency, Mad Management Model, and appeared in various photoshoots.

Her birth name is  Tina Kunakey Di Vita and she is currently 23 years old. Her father’s name is  Robin Kunakey and her mother’s name is Nadia Kunakey. Tina spent her childhood in Biarritz, which is on the Basque coast.

She has two siblings namely, Cassandra, Zachary. Tina holds French citizenship, but her ethnicity is unknown. Her birth sign is Aries.

Talking about Tina’s education history, she has studied from Lycee Andre Malraux and Lycee Francis de Madrid. Furthermore, she has completed her high school from Lycee Victor Louis, Talence in 2015.

Talking about her profession, Tina Kunakey was interested to pursue a career as a model at a very young age. While surfing on the beach, she was spotted by a surfing company that arranged for a photoshoot with her. This became the first of the many photoshoots.

Soon she was shooting for local brands like Roxy, Billabong, and Quicksilver. However, she knew she could achieve more and become more famous if she moved to the city. Additionally, she attended several castings in Madrid and found moderate fame.

She even signed a contract with Mad Models Management, a talent agency in Barcelona. However, she decided to leave for London and start over again. She had to learn English to be noticed and was eventually cast in a short film by ASAP rapper Rocky.

In the year 2016, she was seen in the music video of ‘Danje’ by the reggae singer Kalash. Later she appeared in the video of ‘Belinda’, a song from M. Pokora. The video was released in October 2016 and became a huge hit on YouTube with over 12 million views. These two appearances made her famous across the world, and she graced the covers of several reputed magazines, include Marie-Claire in Italy, Grazia, and Vogue Italia.

She also worked with reputed photographers such as Koto Bolofo and Ellen Von Unwerth. In addition, her next worked in a shoot with Bella Hadid for Dior’s 2017 campaign and appeared in advertisements by L’Oreal. She has also played a minor role in Danny Boyle’s TV series ‘Trust’. During 2018, Tina became the ambassador for the brand VOLCOM and was the cover model for ETAM, an upscale lingerie company.

More recently, she made her runway debut by walking the ramp at the Jean Paul Gaultier shows in Paris. Therefore, she recently signed up with the major talent agency IMG model and works with them. Tina has also confessed that she wants to settle in Madrid as she loves the atmosphere.

Tina hasn’t been to any rumors and controversy yet.

Tina’s hair color is black and her eyes color is dark brown. Furthermore, her dress size is unknown and her shoe size is 8 (US).

Also get to know more about Cecile Cassel, Olga Kurylenko, and Virginie Ledoyen.