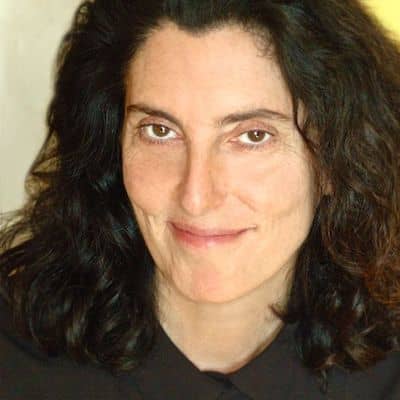 Tina Landau is at present a divorcee and possibly single.

She was once married to Niki Cunningham and they exchanged vows in 2012.

However, after four years, in 2016 they parted away via divorce.

Who is Tina Landau?

Tina Landau is an American writer and director of theatre plays. The public noticed her for her work in The SpongeBob Musical: Live on Stage! (2019) and Old Hats (2016).

She was born on 21 May 1962 in New York City, New York, United States. The name of her father and her mother’s name is Edie Landau and Ely Landau respectively.

Tina’s ancestry is Jewish and about her academics, she first went to Beverly Hills High School. Then she attended Yale University and the American Repertory Theater Institute for Advanced Theater Training.

Tina Landau from her college days started to write and direct acts. She primarily worked for En Garde Arts and contributed to Orestes and The Trojan Women.

Her written book Floyd Collins was acted with music at Playwrights Horizons. She then joined the Steppenwolf Theatre Company and involved in acts titled The Wheel, The Tempest, The Time of Your Life, Theatrical Essays, Time to Burn, etc.

After off-broadway acts, Tina directed her first broadway act titled Bells Are Ringing in 2001. Her other project is SpongeBob SquarePants, The Broadway Musical. As a writer, her written acts are Beauty, Dream True, and States of Independence.

This play writer is keeping herself away from rumors and is also not surrounded by any desperate scandals.

Regarding Tina Landau’s body features, her height and her body weight are average. Moreover, her eyes are dark brown and she also has naturally black hair.

Tina is available on social networking sites. Her Instagram account has the highest number of followers of around 7.7k.