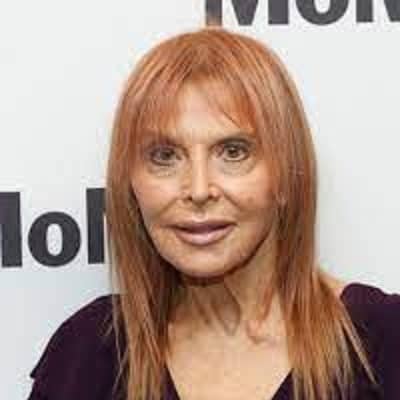 Tina was married to Les Crane in 1966 but unfortunately, she was divorced from him in 1974. He was a well-known radio announcer and television talk show host.

Her ex-husband Les has passed away on 2008 July 13.  From her marriage, he has a daughter named Caprice Crane who was born in 1970 and she is an author, screenwriter, and television producer.

Who is Tina Louise?

Tina Louise real is known as Tatiana Josivovna Chernova Blacker and short known as Tina Blacker. She is well known American author, singer, and actress who is known for her roles in the CBS television series Gilligan’s Island comedy.

Tina is 87 years old and was born on February 11, 1934. Her birthplace is New York City, in the United States, and is an American citizen.

Tina was born into a Jewish family in New York. Her father, Joseph Blacker, was a candy store owner before becoming an accountant, and her mother, Sylvia Horn, is a fashion model. Tina’s parents divorced when she was four years old, and she was raised solely by her mother. Tina’s parents have only one child.

Tina completed Scarborough High School in Westchester before attending Miami University in Ohio. Louise’s name was added to her senior year of high school by her drama instructor when talked to her that she was the only kid in her family without a middle name.

She began acting, singing, and dancing at an early age under the mentor of Sanford Meissner when she applied to Manhattan’s best-known Neighborhood Playhouse.

Tina Louise made her musical debut in 1952 as ‘Two’s Company,’ and she continued on to have success in productions such as ‘John Murray Anderson’s Almanac,’ ‘The Fifth Season,’ and ‘Will Success Spoil Rock Hunter?’

In the 1950s, she also appeared on live Television series such as “Producers’ Showcase,” “Studio One,” and “Appointment with Adventure.”

Tina was also one of the leading female actors by the late 50s. She appeared in the Italian historical epic play ‘Garibaldi’ in 1960.

In 1964, she received a big boost in her career when she was cast in Gilligan’s Island, a situational comedy that launched her to popularity and played until 1967.

Then, progressing in 1967, she featured in many television shows. In 1975, she participated in the film ‘The Stepford Wives.’

During the late 70s, she acted in ‘Dallas,’ a popular prime-time soap opera, as well as the 1984 television soap ‘Rituals.’

Tina has acted in the 2015 spiritual drama ‘Tapestry,’ as well as her most recent film, “White Lilies.”

She has contributed her life to the entertainment industry and has done many movies and series like The Warrior Empress, Hoe to Commit a Marriage, The Good Guys and The Bad Guys, Climax, checkmate, Route 66, and many more.

She is a well-known singer and actress who makes a living from her talents. Her entire life had been dedicated to the entertainment industry. Her overall net worth is $7 million, and she has not disclosed her earnings or salary to the media.

She stands 5 feet 8 inches tall and has a 57 kg weight. She has not disclosed her body measurement to the media. By looking at her appearance we can say that she has a white skin tone with black hair and light brown eyes.

Actress June Brown due to retire in 2019 from BBC One show EastEnders! Has diminishing eye sight due to macular degeneration of the retina!

Christina El Moussa marries her boyfriend of one year Ant Anstead in a secret ceremony at her home!