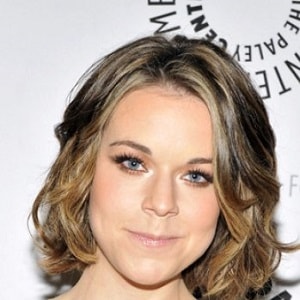 “I was not pushed into the business by anything other than my own ambition and my own dream of wanting to act.”

Tina Majorino is currently assumed to be single. Regarding her marital status, nobody knows the fact. She has kept her personal life away from social media and has kept her fans in the dark.

Also, there are no records of her past relationship and affair. She does not like to answer questions regarding her personal life detail.

Who is Tina Majorino?

Tina Majorino is an American actress who debuted acting since childhood. She stole the hearts of many people with her wonderful performance and has built quite an interesting resume as a child actress. She has made appearances in several films and has played perfectly in almost most of them.

She was born on February 7, 1985, in Westlake, Los Angeles, California, USA. She was born on the same date as Deborah Ann Woll. Her birth name is Tina Marie  Majorino and she is currently 34 years old.

Her mother’s name is Sarah and her father’s name is Robert ‘Bob’ Majorino(real estate agent). Tina’s father belongs to Italian, Cuban, and French descent and her mother belong to English, Scottish, German, and Filipino descent.

Tina has an older brother named Kevin, black belt in Tang Soo Do(martial arts) and she has formed a rock band called The AM Project with him.

She used to appear in films that were set in time periods other than the present. Tina began singing before she could actually talk. She took training to sing Opera at the age of 7 and she is still continuing it. Her hobbies include surfing and running.

Talking about her education, she graduated from high school at the age of 15. Additional information regarding her education is not available.

Tina stepped on the screen taking up roles on television commercials. Later, she got the opportunity to play the role of Sophie in the television series ‘Camp Wilder’ in 1992. After two years, she made her film career debut from the movie ‘When A Man Loves A Woman’ and also played the perfect role in the drama series ‘Corina’ in the same year.

By the following year, Tina portrayed the role of Enola in the action movie ‘Waterland’ and also acted beautifully in the film ‘Alice In Wonderland’ in 1999. After that movie, she stayed away from her career and returned at the age of 18. She made her comeback from the movie ‘Napolean Dynamite’ and portrayed the recurring role in the drama series ‘Veronica Mars’.

Later, she made her appearance in ‘Big Love with Waterland’, ‘Blind’, etc. and portrayed the role of Addy Fisher in the film ‘The Deep End’ in 2009. Tina played the recurring role of Special Agent Genny Shaw on ‘Bones’ in 2011 and features as Deb in the reprised version of the film ‘Napolean Dynamite’.

She made her appearance as vampire Molly in the season 5 of the horror series  ‘True Blood’ and led her to play in the drama series ‘Grey Anatomy’. But, the character was killed off in the season 10 of the series.

She has an estimated net worth of around $1.5 million and her main source of income is her acting career. However, her salary and income are under review.

There was a rumor that she got engaged with her guy in early January 2015. But, the news was never publicized by her.