Updated On November 15, 2022 | Published By: sanu
Share this
Single 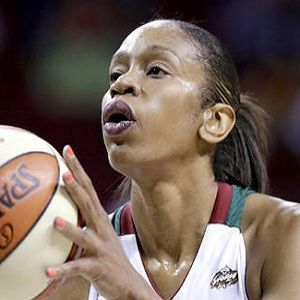 What is the relationship of Tina Thompson?

The relationship status of Tina Thompson is quite complicated. No official declaration has been made about her relationship with Damon Jones.

Whether they are living together or married is still a mystery. In 2005, Tina gave birth to a son called Dyllan who is supposedly the son of Damon Jones.

Well, husband or partner, it doesn’t matter as long as Tina is happy and that’s what matters most.

Who is Tina Thompson?

Tina Thompson is a former professional basketball player from Los Angeles, California. She played with famous teams like Houston Comets, Seattle Storm, and other International teams.

This two-time Olympics Gold medalist has won four WNBA Championships for the Comets. She now is the head coach of the Virginia Cavaliers.

Tina was born on February 10, 1975, in Los Angeles, California. Details on her father and mother are unknown.

She has a brother TJ. She played basketball with her brother as a child.

Tina studied at Morningside High School. Her love for sports flourished at a very early age. She played volleyball and basketball while at school.

She then attended the University of Southern California and graduated in 1997. Lisa Leslie a former WNBA player and Tina studied together at Morningside and USC.

Tina Thompson’s basketball career started at the University of Southern California (USC). She made news while at USC for her outstanding basketball performance. She scores 19.7 points, 0.9 blocks, 1.5 steals, 1.3 assists, and 10.2 rebounds on average per game while with USC.

After graduation, she started her career with the Houston Comets in 1997.  She played with the Comets for eleven years. The team won four consecutive WNBA championships with Tina. Then she joined the Los Angeles Sparks in 2009 and played for two years with the team.

She signed another contract with the Seattle Storm for a year. Her career with the three teams bore her 15.1 points,2.4 turnovers, 0.8 blocks, 0.9 steals, 1.6 assists, and 6.2 rebounds on average per game.

Tina also won two golds representing America in the Olympics, a gold, and a bronze at the World Cup, and a gold at the Jones Cup. She now has resigned as a player but remains affiliated with basketball as a coach.

She was a coach for Texas Longhorn Women’s Basketball Team for three seasons and she is currently signed as the head coach of the Virginia Cavaliers.

Four times WNBA Championships, Nine Times WNBA All-Star, WNBA’s Top 15 Players of All Time, and many other tags and awards have been bestowed upon this beautiful, strong, and persistent lady for her outstanding sportsmanship.

She has won two golds for her country America in the Olympics. And three more gold and bronze medals at the World Cup and Jones Cup.

Their salary detail of Tina is unknown. Her estimated net worth is $2 million as of 2022.

There are no known rumors or controversy regarding Tina Thompson on and off the court so far.

The height of Tina Thompson is 6 ft 2 inches. She weighs 81 kg. Her hair color is black and her eyes are dark brown.

Is Christina El Moussa and her Boyfriend Doug Spedding already planning to get Married? Find out about their relationship!