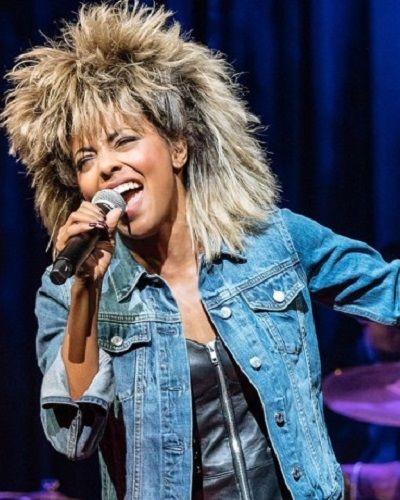 Tina Turner is rocking her 80’s look on her birthday. The American-Swiss singer Tara Turner shared her birthday celebration video in her Instagram account.

In the video, she said:

“I look great. I feel good. I’ve gone through some very serious sicknesses that I’m overcoming. So it’s like having a second chance at life.”

Furthermore, back in her 2018 memoir, she opened up about the various sicknesses that she went through. She mentioned that she suffered a stroke, battled intestinal cancer and had a kidney transplant.

Last month, Turner made her public appearance to celebrate the opening of a Broadway show which is based on her life.

At her appearance in the celebration, she said:

“This musical is my life but it’s like poison that turned to medicine…I can never be as happy as I am now.”

As Turner has retired from the past 10 years from singing, in September, she mentioned her retirement saying:

Tina Turner, originally from the United States became a Swiss citizen in 2013. She rose to fame with the duo with her then-husband Ike Turner.

Afterward, she reinvented herself as the solo performer. She started her career as a featured singer Ike Turner’s ‘Kings of Rhythm’.

In the 1980’s she had a major comeback as a solo artist with ‘Little Ann’. During her career period, she has won 12 Grammy Awards. Moreover, her achievements also include the Grammy Lifetime Achievement Award.

She is also mother to her two adopted children of Ike Turner, Ike Turner Jr., and Michael Turner.

Tina opened up about the abusive relationship she had with Ike Turner and also considers her past life as dead. She has shared all ups and downs she went through in her life in ‘Tina: The Tina Turner Musical’. Furthermore, talking about Ike, the legendary singer Turner said:

“I don’t know if I could ever forgive all that Ike ever did to me,” but “Ike’s dead. So we don’t have to worry about him,”

In 2013, she got married to 2013 to Erwin Bach, the German music mogul. Just after the three years of their nuptials, the singer had problems in her kidney. Bach donated his kidney also conveying sweet message that he would happily do it again.

Tina Turner is an American-born singer, songwriter, dancer, actress, and author. She has enjoyed an international solo career with hits like ‘What’s Love Got to Do With It,’ ‘Better Be Good to Me,’ ‘Private Dancer’ and ‘Typical Male’. See more bio…