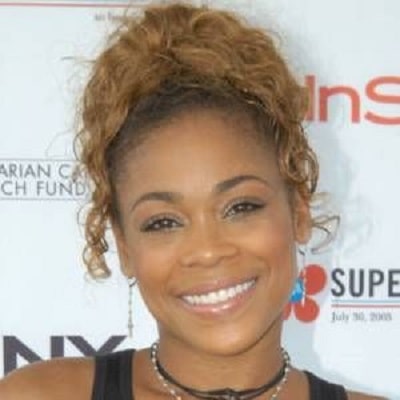 It's amazing what miracles and little angels and pure love around you can bring out.

Whatever your hustle is, go somewhere with it.

I feel naked without earrings. I'll pass out twice. It feels like I'm missing a body part.

But in 2004, she filed for divorce and requested a restraining order against Mack 10, and the divorce was finalized on 12 November 2004.

Who is Tionne Watkins?

Tionne Watkins is an American singer, songwriter, actress, author, and executive producer. She is best known as a member of girl-group TLC alongside Rozonda Thomas and Lisa Lopes.

She is also known as T-Boz.

She was born on April 26, 1970, in Des Moines, Iowa, USA. Her birth name is Tionne Tenese Watkins. She was born to father James Watkins and mother Gayle Watkins. Both of her parents were musicians/singers and sang in a group together.

Watkins’ parents divorced when she was 3 years old. When she was nine years old, her family moved from Des Moines to Atlanta, Georgia.

Watkins holds American citizenship and her ethnicity is African-American.

Talking about Tionne’s education history, she has not disclosed the names of the educational institutes which she attended.

Tionne Watkins has also pursued a solo career. She has released singles Touch Myself, My Getaway (2000), Champion (2013), Dreams (2017: from audiobook A Sick Life).

As an actress, Tionne has starred in film Belly and has appearances in Living Single, The Real Housewives of Atlanta, Days of Our Lives, Black Dynamite, Lip Sync Battle.

She was cast in the reality TV show Totally T-Boz, which premiered on January 1, 2013. The series which aired only for four episodes contained Watkins’ quest to create a solo album, reunite with Chilli, and her life with her daughter Chase.

Tionne Watkins has also worked as a producer of the films CrazySexyCool: The TLC Story, ATL (2006), and published semi-autobiographical poetry book Thoughts on November 3, 1999. With stylist Tara Brivic, she opened Chase’s Closet, a children’s boutique, and ran it for several years.

She was diagnosed with sickle cell anemia at a young age and has been receiving treatment for it from time to time.

In October 2009 she revealed that for the past three years she has been battling a potentially fatal brain tumor. In March 2006 she had been diagnosed with a grape-sized acoustic neuroma on her vestibular nerve. It affected her balance, weight, hearing, sight, and facial movement and ultimately underwent surgery.

She addressed rumors that she and Rozonda “Chili” Thomas would perform with a hologram Lopes on their tour.

Tionne Watkins has a height of 5 ft. 2 inches and weighs 55 kg. She has dark brown eyes and natural black hair. She loves to dye her hair in different colors like blonde and dark brown.