Tito Jackson is a singer and guitarist. 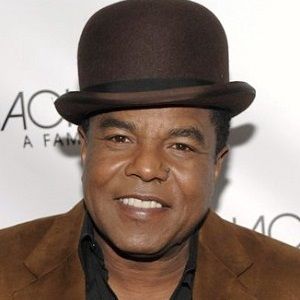 Previously, Tito was married to Delores “Dee Dee” Martes in June 1972. At that time, he was just 18 years old. Together, they had also welcomed three sons named TJ Jackson, Taryll Jackson, and Taj Jackson.

However, they couldn’t handle their married life for too long and separated after 21 years of marriage. Later, in 1994, Dee Dee found dead in the swimming pool of her boyfriend Donald Bohana.

Although it was claimed that it was a suicide, later on, Donald was jailed for 15 years in the case of murdering her. Currently, there are not any affairs of Tito’s affairs and girlfriend and he is living single.

Who is Tito Jackson?

Tito Jackson is a singer and guitarist from America. He is the founding member of The Jackson 5 and The Jacksons. Later on, he started his solo career. Furthermore, he is also famous for being the brother of late pop king Michael Jackson.

Tito was born on October 15, 1953, in Gary, Indiana, United States. He is of All-American ethnicity.

He is the third son of Joseph and Katherine among ten children. Furthermore, his father was a steel mill worker and his mother was a devout Jehovah’s Witness.

Concerning his education, there is not any information regarding it.

Tito Jackson began his career as a participant in local talent shows at the early age of 12. After performing continuously with his brothers, they named their band The Jackson Five.

As a teenager, Tito along with his brother had won a couple of talent shows as well.

In August 1967, they became the winner of the Amateur Night competition at The Apollo Theater. Soon after, his father started to concentrate on his son’s profession. Following that year, The Jackson Five signed with Steeltown Records in Gary, Indiana. Later, they launched their first single ‘Big Boy’ in 1968.

After signing with Motown Records in Detroit, they released several hit songs such as ‘I Want You Back,’ ‘ABC,’ ‘The Love You Save,’ and ‘I’ll Be There.’ However, he couldn’t spread his guitar talent for the band. In 1976, Jackson’s brother collaborated with CBS Records. Moreover, he began to play guitar for the band and also wrote songs such as ‘Zippee Doo Da’, ‘Man Of War,’ and much more.

In 2003, Tito began his solo career. He has performed as a blues musician in many clubs with his band. Additionally, he also became a judge on the BBC celebrity singing competition Just the Two of Us. Furthermore, Tito came back with a bang with his solo hit “Get It Baby” from his album Tito Time. This song also climber in the Billboard chart.

Being a veteran pop singer and guitarist, he bags an enormous amount of money from his career. Currently, he has a net worth of $2 million.

So far, there are not any drastic rumors regarding his personal and professional life. Moreover, he has not faced any controversy to date. It seems he has more focus on his work rather than stuck in any controversy.

Moving towards his body measurements, Tito Jackson has black eyes and black hair. He has a height of 5 feet 9 inches tall and weighs 78 kg.

Besides this, there is no information about his body, shoe size, and dress size.