MMA fighter Tito Ortiz is a father of three.

Tito Ortiz is in relation.

He was first married to Kristin Ortiz for 5 years but unfortunately, they were separated in 2005. From that relation, they had a son named Jacob.

Then after that in 2006, she started to date Jenna Jameson. He was on the interview on The Howard Stern Show where he stated he was in love with Jenna and she was no longer working in pornography and were in a committed relationship. After that, they gave birth to the twin boys Jesse Jameson and Journey Jett. They were also separated in 2013. The boys’ custody was given to Ortiz.

Then he dated model Amber Nichole Miller in 2014 and till now they are together. They had worked together in the UFC as a fighter and also Octagon Girl respectively. 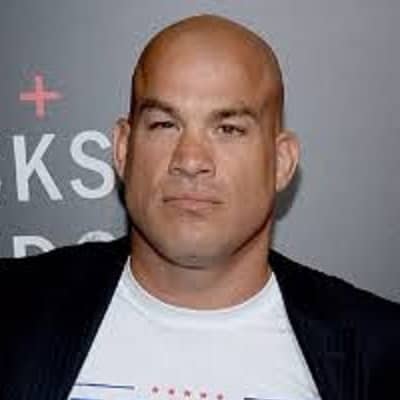 Who is Tito Ortiz?

Tito Ortiz is a well-known mixed martial artist and politician who has recently signed with the Combate Americas company.

He is also well-known for his time in the (UFC) Ultimate Fighting Championship, where he held the Light Heavyweight Championship from April 12, 2000, until September 26, 2003.

Then he moved to Santa Ana, California. Ortiz has a half Mexican and half British American ethnicity and holds American nationality.

Ortiz is the son of Samuel Ortiz who has Mexican ancestry and Joyce Ortiz who has French and Portuguese ancestry. He has 3 older half-brothers from his mother’s first marriage.

He had a very hard and traumatic childhood as his parents were drug addicts. His parents also got divorced when he was 13 years old and his mom took him back to Huntington Beach.

He also has attended Huntington Beach High School when he was 7 years old. While he was attending school he started wrestling in his sophomore year.

When he was 18 years old his mom kicked him out of the house. Then, he started to live with one of his brothers. While was staying with his brother he was doing labor work and was also addicted to drugs.

However, when he was 19, he bumped into an old high school wrestling coach at Golden West College, Paul Herrera, who convinced him to attend. Following that, he attended this college, where he was a California junior college state champion and All-American for two years in a row before moving to California State University, Bakersfield. He continued to wrestle but never on a full-time level, and he also trained with a UFC fighter and fellow wrestler.

He competed at UFC 13 while she was still in the college where he defected the Wes Albrittione but was lost in the next match to Guy Mezgerin in the light heavyweight final.

After he lost this he won his next three contests including UFC 12 Light Heavyweight Tournament Champion, UFC 18, and UFC 19.

Then in 1999, he was defeated by Frank Shamrock at UFC 22. But after Frank was retired he was again being chosen as UFC Light Heavyweight champion as he defected Waderlie Silva at UFC 25. He has been defending his title 5 times in 3 years against many competitors.

He also defected Ken Shamrock at UFC 40 which made him even more popular. Tito faced Randy Couture at UFC 44 after a year off but was lost by unanimous decision. This battle was important because it ended Ortiz’s three-and-a-half-year championship run, which was also the longest Light Heavyweight Championship term.

After this, he got defeated by Chuck Liddell at UFC 47 but also got a victory against Patrick Cole at UFC 50.

Then in 2005 he left the UFC and pursue other projects and promotions. Then in November of the same year, he became coach of The Ultimate Fighter 3 which was a reality TV show for Spike TV.

After this, in 2006 Tito returned and won UFC 29 and then, won many championships but in the next few years, he lost more than he won then in 2008 he resigned from UFC. After some time, he again returned and had a comeback.

He has appeared in many movies, television series, music videos like Cardle 2 the Grave, Zombie Strippers, Above the Shadows, Got the Life, Truth, Hell’s Kitchen, and many more.

Tito is one of the best former mayor pro Tempore of Huntington Beach whose estimated net worth is $20 million. He earns more than $1.5 million per year as a salary. If we convert this into Indian currency it will be Rs 11 crore per year as salary.

He was jailed at their California home for domestic abuse against his then-girlfriend Jenna Jameson. Following that day, she was seen with several bandages on her body. There were allegations that Tito was abusive and his then-girlfriend was addicted to OxyContin. They both eventually recanted the charges.

He was also caught on DUI charges and sentenced to three years in prison, an unreported fine, and re-enrollment in an educational alcohol program.

Tito stands at the height of 6 feet 2inches tall and 93kg weight. Looking at his appearance he has hazel eyes and is bald. He has not disclosed his body measurements like waist, hips, and chest sizes to the media.

Tito is active on social sites with a huge fan following. He has 549.5k followers on Twitter, on Instagram he has 348k followers, and on Facebook, he has 4.9k friends and 32230 fans. He also has a youtube channel named @ TitoOrtiz with 7.57k subscribers.